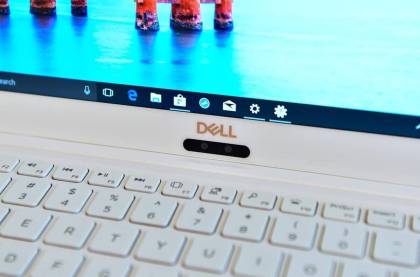 Dell’s XPS 13 has been a benchmark in the notebook segment for years.Now the manufacturer has fundamentally revised the device.And you have to certify to the developers here that they have invested a lot in order to construct a system that also lays the foundation for future products over several years. 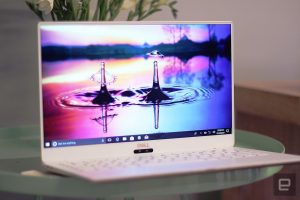 The new Dell XPS 13 (9370) is far from being just a hardware update as it was served last year. The fans of the line have to adapt to some major changes and of course, they will not please everyone – but that’s the price of advancement. If you are open to change, you will be provided with a very slim and elegant notebook.
Also Read: Dell Will Charge You $20 For Deactivating The Insecure Intel ME

At first glance, it is striking that Dell has further developed the InfinityEdge display. The edges have become 23 percent thinner and now only 4 millimeters thick. In the thin edging, a panel is installed that is even brighter than its predecessor: instead of 350, 400 candelas per square meter are now offered here. QHD has increased the resolution to 4K and Dell promises 100% sRGB calibration under the anti-reflection coated touch surface.

Even with the new XPS 13, the user will not find any aging ports on the sides of the housing.Dell also relies fully on the USB Type-C format, which can be used to handle most of the protocols anyway and which also powers the system. Three of these inputs can be found on the device, two support Thunderbolt 3, the third USB 3.1. The ports are complemented by a MicroSD card slot and a jack socket for connecting headsets.

Inside, Dell uses Intel processors of the eighth generation, with the Core i5-8250U and the Core i7-8550U available, each with four cores.The graphics unit is limited to the Intel UHD Graphics 620. In memory, the user can get up to 16 gigabytes of dual-channel SDRAM with 2133 megahertz. Dell offers its new storage-only notebook with SSDs ranging from 128 gigabytes to 1 terabyte.

The battery of the new Dell notebook holds 52 watt-hours. In the operating system, Dell relies on Windows 10, which then includes Windows Hello Support via the webcam and the fingerprint reader in the power button. On request, you can get the notebook also with an Ubuntu 16.04 system, but then completely dispense with the biometric functions. The notebook weighs 1.21 kilograms. The sale is starting from today starting from a price of 1349 euro in Dell’s in-house online Shop.