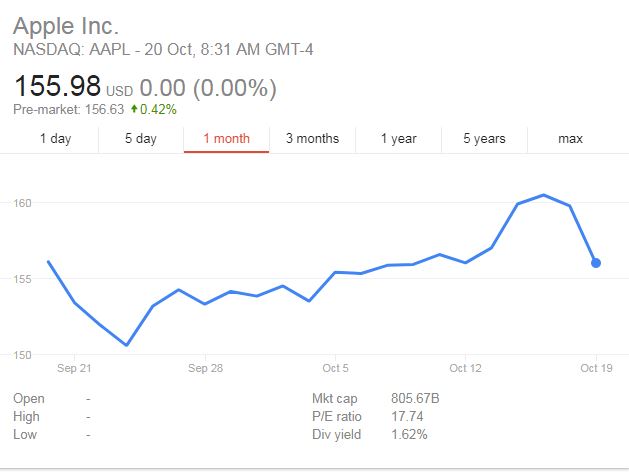 iPhone 8 sales still haven’t improved and Apple is facing repercussions now. The sales of iPhone 8 and iPhone 8 Plus have not been as good as expected. Another explanation is that maybe people are waiting for iPhone X. Whatever the reason behind low sales might be, Apple’s share price has reduced by 2.5%.

Today, Apple’s shares fell by 1.5% during pre-trade transactions, after the opening rate has fallen more than 2.5%. Apple has significantly reduced November and December iPhone 8 and iPhone Plus orders. Prior to this, Apple had expected a the peak of 10 million to 12 million iPhone 8 series mobile phone, but now the target figure has become 5 million to 6 million.

Whether the low demand is because of iPhone X or some other reason, we would only know after iPhone X is launched. Right now, it is clearly not a good time for Apple.