Digital Sharecropping: The dark side of web 2.0 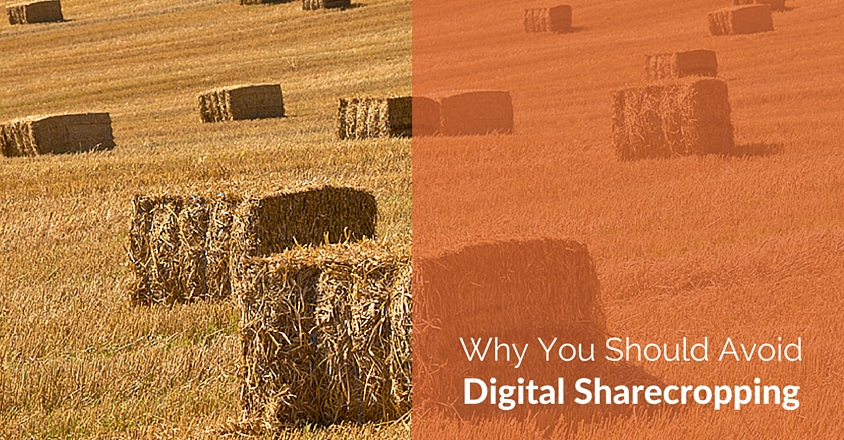 With the advent of web 2.0, many new trends have emerged that have an enormous impact on human lifestyle. It has changed the way people operate in daily lives, do their day to day activities and how they earn money. There are hundreds of wonderful impacts of technology on us and our lives. However there are some negatives too. One of the bad things about the well spawned world wide web is the massively spread Digital Sharecropping.

What is Digital Sharecropping?

“One of the fundamental economic characteristics of Web 2.0 is the distribution of production into the hands of the many and the concentration of the economic rewards into the hands of the few. It’s a sharecropping system, but the sharecroppers are generally happy because their interest lies in self-expression or socializing, not in making money, and, besides, the economic value of each of their individual contributions is trivial.”

What is means is that this is the era of the content. Everyone in interested in social data these days. It maybe family pictures on Facebook, twitter’s tweets and #hashtags, instagram images or SnapChat stories. These social media giants have provided tools to create and circulate this data. These tools are now in the hands of people who are happy to be posting and updating using popular social media sites thus providing data free of cost.

Ask a person who own a couple of good blogs the value of content. Content is of great value that is being happily created by people for free for these giant companies. Think about it, if one day people stopped posting their pictures on Facebook the number of users will decline a great deal because looking at the picture of their family that is living far is a big attraction and this feature of the social networking website, brings a lot of users back to Facebook every day. So although there are a number of sites that are reaping the rewards of the hard work of the users, the users themselves do not get anything out of it.

The user compensation in this case is very low. There is hardly much reward for this type of content. According to Facebook statistics in 2012, it earned the $ 1.21 of revenue from each of their users. That makes an annual value of $ 4.84. This is such a meagre amount that the content creators are not interested in taking any part of it but let us see its growth pattern. This value is called Average Revenue Earned per user or ARPU. ARPU increased to 3..08 in 2009 and further increased to 5.11 in 2011.

Now this value has reached to a whooping $ 20 average revenue per user. Although in between there were times when ARPU decreased but mostly it has been increasing and it is expected to increase even more. The organizations fear that when the ARPU will be fairly higher the users will stop submitting their content to on the net for free. 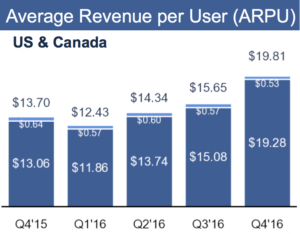 All the content that users create is under the ownership of the site that is helping the user in creating it and providing it a platform to take it to large audience. Let us take the example of Facebook again. People create content for Facebook but the owner of the content is Facebook itself. It has the right to block any content from its network.

There are a number of businesses that are totally depended on Facebook for their complete and entire functions. They are sharecropping.

The term share cropping come from the agricultural modal followed after the civil war, where they owner gave farmers land to work on but kept the ownership and profits from the land to themselves. In this way although the land owners were dependent on the farmers for their income, still they reaped better rewards. This was called feudalism.

Digital sharecropping is a form of digital feudalism. The content creators are nothing without the actual content tools providers. Their own created content is not their own. The website like Facebook can ban them one fine day if they think that the person is not following their rules and regulations. Thus all the hard work can go down the drain in minutes.

When the landlords are no more

Another curse of digital sharecropping is that what will happen when one day Facebook or other websites shutdown. Take the example of Myspace. People made great and attractive blogs on the site but although it is still there, the site has very limited traffic thus decreasing the prospects of much monetization for the users of MySpace.

So while working on the grounds of the ‘landlord’ keep in mind that one day if landlord cease to exist your business will also finish with it.

So what should we do? Stop using Facebook, Instagram and Twitter for our businesses. The answer is no. Today these are great platforms to expand and grow your businesses. We should reap reward from them as long as we can but do not be completely reliant on their facilities. Here are few things that you must focus on more than the social media tools. Use the tools to advertise and market your product but make your product beyond these tools.

These steps might require you to invest a little in your business but it will be much better than being a part of digital sharecropping.

What do you think about the process of digital sharecropping? Let us know by commenting below.