EU Fines Responsible For A Drop In Google’s Net Profit 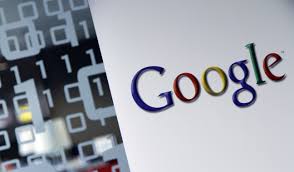 Google recently reported its second-quarter earnings in 2017. Google has experienced a 28% drop in net profit, compared to the same period last year. Google said this is due to a $ 2.7 billion fines from the European Union. In this regard, Google frankly said that there might be more fines from EU in the future.

Google has to submit quarterly earnings document to the Securities and Exchange Commission. Google has clearly said that there might be more fines in the future from the EU, so investors need to be aware of this situation. The document states that there is a great deal of uncertainty in the results of these investigations, but adverse decisions may lead to fines and rectification or termination of certain acts. At present, the EU is going to carry out two investigations on Google, one of which is the previous Google shopping suspected monopoly case. EU anti – monopoly commissioner  Margrethe Vestager said in a statement that Google abuses its dominant position in the search market to promote its own services Google Shopping, to suppress the competitor ‘s service. The EU raised objections towards Google twice last year. Once was for some Android distribution practices, and second relating to the syndication of AdSense for search.

The anti-monopoly commission is considering remedial measures to assess the impact of these measures in order to address the problems identified by the EU. But in fact, if Google does not consider changing the way companies operate in Europe, the problem is almost unsolved.

Also Read: Google glasses to finally make an appearance but as Enterprise version only