Home » Blog » Everything You Need To Know About Huawei P20 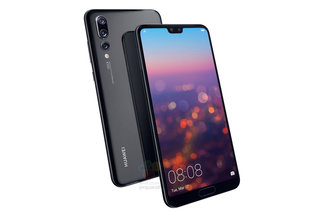 Huawei is all set to unveil the P20 lineup in the coming week. The lineup includes three models: Huawei P20, P20 Pro, and P20 Lite. While P20 is going to be a high-end phone, and the P20 Lite will be the more affordable version, the P20 can be dubbed as the ‘normal’ version. 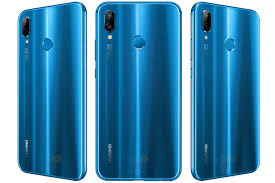 Like we said, the P20 is going to be launched without the fancy things the P20 Pro will come with such as the 40MP camera. Huawei P20 and P20 Pro both are flagships, but the P20 is the cheaper of the two with a price tag of 679 Euros. It has two cameras on the back and it is not IP67 certified.

The Huawei P20 will have a 5.8-inch LCD, unlike the P20 Pro which will have an OLED panel. The resolution phone resolution is 2240 x 1080 pixels with a pixel density of 429 pixels per inch. This is a little higher than the Pro model.

As the technical data makes clear, the screen has a stretched format and it is probably 18.7: 9. Just like the other phones in this series, the Huawei P20 will sport a notch at the top of the display. However, unlike the iPhone X, it will not have an integrated laser technology for facial recognition. The Huawei P20 notch will house the front camera, the earpiece, and the distance and brightness sensors.

However, the Huawei P20 will still have a facial recognition system, it will just not be similar to that of iPhone X. As with the P20 Pro and the P20 Lite, this smartphone will employ a high-resolution front camera to help the user unlock the phone. However, this software-based facial recognition system will not be as secure as the fingerprint scanner located at the bottom of the phone.

The camera is one of the highlights of the Huawei P20, even though it has more of traditional features when compared to the P20 Pro. The P20, which is codenamed Emily, will come with a 20 MP and 12 MP camera combo. The higher resolution camera sensor is monochrome while the other is a 12MP color sensor. The aperture size is only f /1.6. It is in line with the experience for the monochrome sensor, but it is not known yet if the color sensor can have such a large aperture. Huawei has teamed up with the German camera maestro Leica. The company not only optimized the optics of the P20 under its brand Summilux, but also helped with software optimization.

The Huawei P20 doesn’t have the 5x hybrid zoom that we will see on the P20 Pro, so customers will have to do with the double magnification. Only the 20 MP sensor is used for the magnifications. The third generation of the Leica Dualcam is specifically mentioned, so maybe only the 12MP sensor will have an optical image stabilizer. A laser autofocus and an infrared RGB sensor are also integrated into the camera system.

The Huawei P20 doesn’t only support 4K video, but you can also record videos using the super slow motion. It can record up to 960 frames per second at 720p resolution. Huawei P20 and P20 Pro both come with a 24MP front camera that has the ‘Light Fusion’ technology which brightens the image content with the help of the AI capabilities of the processor. The aperture size of the front camera is not known yet.

The Huawei P20 is powered by the company’s very own Kirin 970 Octa-core SoC, which was earlier seen on the Mate 10 and the Honor View 10. It has four ARM Cortex-A53 cores with a clock speed of up to 1.8 gigahertz. They are energy efficient and thus they simplify tasks. Apart from that, there are four other cores which use the powerful ARM Cortex-A73 architecture and with a clock speed of up to 2.36 GHz. The SoC also has an additional processing unit called the Neural Processing Unit (NPU) for artificial intelligence (AI) related tasks. Among other things, the NPU is used to automatically detect picture motifs and environmental conditions to automatically choose optimal settings.

Unlike the P20 Pro, Huawei P20 will only come with 4GB of RAM. Apart from that, it will have 128 GB of internal flash memory, which will probably use the UFS technology, to allow the highest possible transmission rates. In markets other than western Europe, other storage versions will also be released. Another thing which the Huawei P20 Pro will have and the P20 will not is the MicroSD card slot, although it will have two nano-SIM card slots. But expanding the memory is not possible on the P20. The P20 does not have the 3.5mm jack, so the included adapter will have to be used to connect wired headphones. Alternatively, Bluetooth headphones can be used or you can use the headset with the USB port which is included in the delivery.

The USB port on the P20 is USB 3.1-capable. It also has the DisplayPort support, just like the Mate 10 did. It is special desktop mode using which you can use the phone in the style of a PC through an externally connected large display. The USB-C-Port is also used for the 3400mAh battery of the Huawei P20. It also supports SuperCharge 4.5A and 5V, depending on the energy. Even though the P20 is has a glass back, it does not support wireless charging.

The phone will ship with the  Android 8.1 operating system but it will be combined with Huawei’s own interface. Huawei’s EMUI version 8.1 will have a lot of new innovations and will probably focus more on the AI functionalities and less on an optical revision.

P20 features both dual-band support and Gigabit WLAN, as well as Bluetooth 4.2, NFC, and LTE with up to 1.2 Gigabit downstream. The new Bluetooth 5.0 is not yet supported apparently. Courtesy of the Kirin 970 and its integrated modem, LTE support is really broad, which means a total of 31 LTE tapes are usable.

The Huawei P20 is 7.65 millimeters thick, just like the P20 Pro, but weighs a little less at 165 grams because of its smaller size. Its length is 149 millimeters and the width is almost 71 mm, so it is just 1.5 mm wider and four millimeters longer than its predecessor, even though the display is significantly bigger.

The Huawei P20 will be available in the colors black, blue and pink. If the color ‘Twilight’ caught your eyes, then you will have to go with the P20 Pro as the P20 isn’t available in this variant yet. The Huawei P20 is expected to begin retailing from mid-April with an official price of 679 €.

We are just a few days away from the official launch of the Huawei P20 lineup. Only then we will be able to compare the P20 and its lack of IP67 certification, smaller display, less RAM, smaller battery, and a comparatively simple Dualcam with the 899 Euro Huawei P20 Pro. 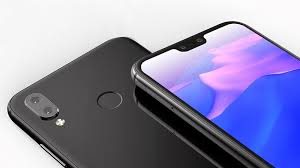