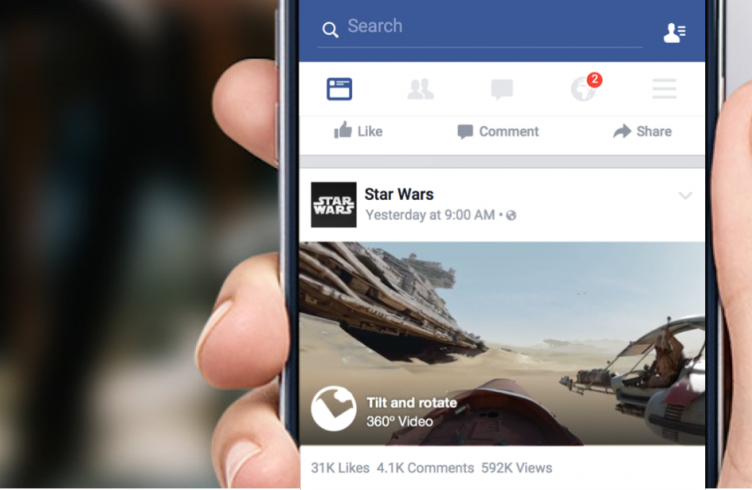 More than a decade ago, Facebook introduced sharing photos because photos are the main thing through which people can share their experience with their friends. Every day there are more than thousands of millions photos shared on Facebook. These photos are from daily life milestones to fun snapshot. In short, everything is there in between. But now Facebook improved this sharing of photos to a unique way called “Facebook 360 Photos” through which you can share more immersive view of the world with your friends.

Now for the first time, you can share a 360 photo on Facebook. Just take a photo from your phone camera or use 360 camera App and take a 360-degree photo and upload it on Facebook as you do normally. From there, Facebook will convert this still image to 360 photo immersive view so that people can explore it. It is like 360 videos on Facebook. Below you can see a general view of Facebook 360 photos.

In news feed, you can identify easily Facebook 360 photos app. Look at the left sight on the photo above just for the campus icon and you can explore it on your phone by tapping, dragging or just moving your phone and on web, just dragging and clicking on photo.

How amazing 360 Photos are

By Facebook 360 photos, your friends can experience the view as they were actually with you in that moment. You can explore 360 photos not only from your friends and family but also from publishers, celebrities and other organizations. How amazing it is because Facebook 360 photos app enables you to bring the stage in front of Paul McCartney with 100,0000 fans also visit international space agency with NASA and many more.

Facebook 360 photos enables innovative opportunities for art and creativity. Now all of us are excited and waiting what kind of 360 photos on Facebook get shared.