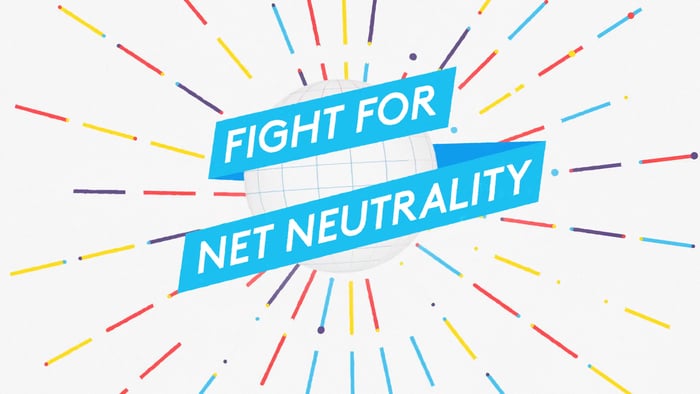 The IT corporations, represented by the lobby organization The Internet Association, are following their word with deeds and want to fight together to obtain net neutrality in court.As the organization announced on Friday, it will participate in lawsuits against the planned lifting of the rules introduced under President Obama.

The announcement by the head of US communications regulator FCC, led by US President Trump, had caused a stir in December. Almost all Internet corporations had rejected the FCC’s plans to virtually eliminate network neutrality. Network operators such as Comcast or Verizon would, therefore, be allowed to restrict access to certain network services or block or allow certain premium partners better connectivity.
Also Read: France Fines Amazon For Suppressing Small Traders

Net neutrality advocates such as the Internet Association consider the FCC’s plans illegal under existing federal laws. These would ban “arbitrary and capricious” changes to regulations. The FCC simply did not have enough public input on its proposal to overturn the old rules. Announced by FCC leader Ajit Pai, the amendments “disregard the will of a bipartisan majority of Americans and fail to maintain a free and open Internet,” said Michael Beckerman, CEO and President of the Internet Association in a statement.

Facebook, Google, and other Internet giants faced criticism last year that they would not do enough to maintain net neutrality. So far, the corporations had merely condemned the actions of the FCC by means of statements. The fact that they now want to take part in complaints shows that these were not just lip service. Accordingly, money for excellent lawyers for the complicated procedures should not be lacking.