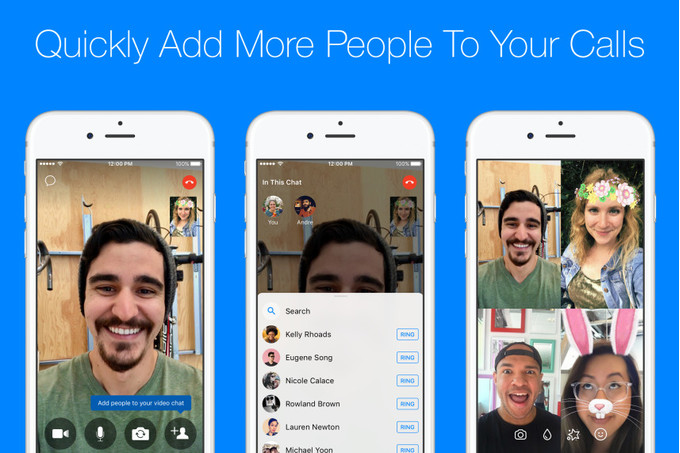 Earlier it was very difficult to add people to group video chat. What we had to do was to disconnect the call first and then add the people by writing him or her message first. but now thank fully there is no question of that have to be repeated once again.

In this new feature, all you have to do that when you are in a conversation with your friends and suddenly you realize that there are some people missing who should also be the part of the group call. You just tap the screen and then tap on the + sign icon. A list of people from your friends pops up. Tap the friends that you want to add to your call. And the friend is added without further ado. So this has become this easy. Thank fully the old tedious method had been replaced by this new easy one.

By the way all the features like effects and filters are also still working so you can safely put on your AR headset and then have a great group video calling experience. Do not worry if your Facebook does not show this feature yet. It has just been rolled out so it might take a few days to reach everyone. So wait patiently until your Facebook Messenger Video Calls become fun and easy to handle.