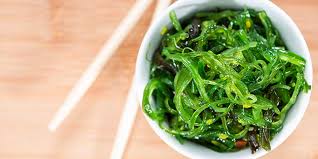 China has its own social media platforms like Weibu and WeChat. Recently, fake food news has gone viral in China. This has made people avoid seaweed and some other foods, resulting in losses for food companies. Apparently, all the news is fake.

China is engulfed in a fake news scandal right now. And it’s about the most beloved thing on the planet- food! There are viral videos of plastic bags being found in seaweeds. These videos have gotten millions of views on China’s well know social platform, Weibo, and given birth to similar food exposes on WeChat. Now, those videos are fake. As many as 15% of the said stories shared on WeChat can be linked back to its food and health news section. So fake food is the biggest source for fake news on the application. Despite assurance from sellers to consumers that translucent, stretchiness of seaweed shown in the videos is normal, seaweed prices have gone down by 50% because of these rumors, resulting in losses in millions of yuan. Ayibo Food, one seaweed company, reported getting a blackmail phone call requesting 80,000 yuan, which is about $12k, and threatened to release a plastic seaweed video with that company’s name on it. Seaweed isn’t the only food item that is being threatened by these fake, viral videos. Some articles are also claiming that crayfish are full of parasites, cherries have bird flu, and seedless grapes are harvested with birth control medicine.

This is an example of cases where viral content can hurt. Although the rumors are now clear, the damage has been done in the form of losses.