FEMINISM AND ITS CHALLENGE

Home » Blog » FEMINISM AND ITS CHALLENGE 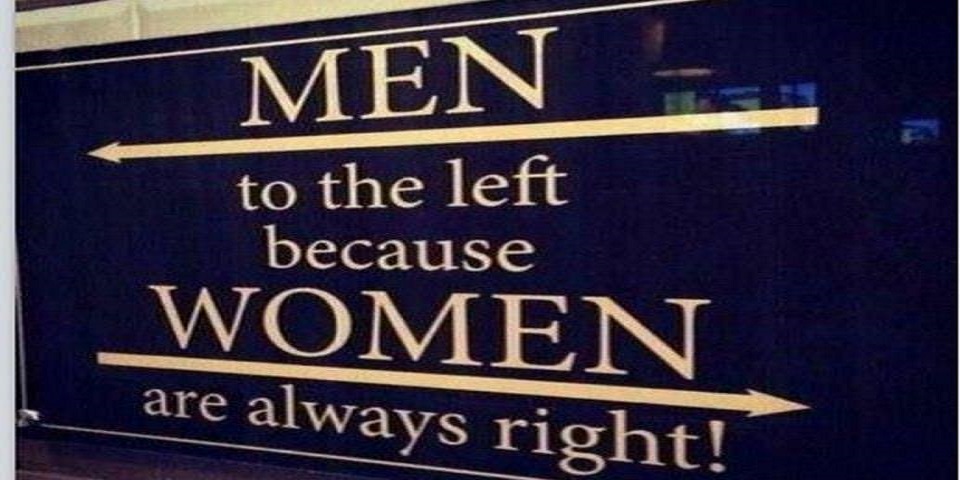 Let me start with this psychic dialogue of Madhuri Dixit from women empowerment campaign.

(From childhood, we teach our boys not to cry.)

(It would be better if we teach that boys don’t make (girls) cry.)

Yes, I condemn this turpitude of domestic violence; an evil which affects the majority of womem even in twenty first century. These social atrocities against women are no more tolerable, but these above lines are poignant enough to make every man believe that they are solely responsible for every iniquity women are facing in this modern world. Consequently concept of feminism starts deteriorating with this over simplification.

Now a days, feminism is molding itself to take the shape of female chauvinism; no feminist bothers to perceive the opposite side of the picture that victimization is not just a matter of patriarchal society: only men are not responsible for all the woes of women!

Being a feminist, I watched Anushka Sharma’s NH-10. I was also carrying the stereotypical thoughts that this movie will depict how this male dominant society is hounding the female gender, surging their mental and physical agony; but my thoughts were cheating on me, these swaying thoughts shattered when climax of the movie struck my eyes— uncovered the fact that all evil was personified by men, but the strings of all those evil epitomes were controlled by a woman. And ultimately, this movie was unfolding a snubbed reality that matriarchy also exists, and the face of matriarchy is no better than patriarchy.

A heart shattering scene of Bajrangi Bhaijaan— showed how the endearing girl Munni was being sold by that travel agent. Every one observed this heinous act from that crook because he was a man, but one should also notice that she was a woman who was buying that innocent little girl. She was equally responsible for that odious act.

These all are merely the scenes of movies, but too close to reality. These repugnant acts exist in this modern world also.  Women are playing due role in maligning their own gender with full avidity.

We see how a woman is being brought to foot by a husband when she does not bring handsome dowry from her house, but one should notice that this persecution is provoked by the in-laws, and in-laws are not only comprised of men; it also keeps  women under its name. But again only man is responsible for this oppression.

When a woman asks her husband to pursue her profession — gets defiance in answer, the woman argues:

“They are not born to look after a dirty house; they haven’t adopted marital life to look after babies only; they didn’t leave their house to blemish their face with the smoke of kitchen”.

These responsibilities become trivial and nugatory in her eyes, worth nothing. But when a man holds the command of the house, leads the house because he has been obligated to look after financial matters, then woman fabricates her responsibilities as the eminent one; her petty obligations trail themselves in area of utter importance. She innocently defines the significance of her responsibilities, and poses her duties as of paramount importance. A typical dialogue from a woman:

(Our responsibilities are not minor.)

Why this paradox? Why woman’s responsibilities are petty when profession tempts her, but attain ample stature in the scenario of her favor?

One can refer me as a male chauvinist after these arguments, but one cannot alter my definition of feminism!

Women have the right to pursue their dream, their profession, but disdaining the worth of their social responsibilities is no wisdom.

The line of feminism has faded, and we are flitting ourselves in the zone of gender chauvinism. We need to reshape the definition of feminism. It is not about any gender, it’s about power. Any gender possessing power will breach the limits; neither patriarchal nor matriarchal societies can bring propitious outcomes. The devolution of power is the ultimate solution for these social evils that are prevailing in this society; else soon we will just have female chauvinists, no more feminists will be there to support the swindled ones. There will just be propagation of the distorted image of acclaimed ideology i-e feminism.