First Android Go Phone to be unveiled at the MWC2018 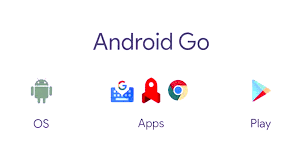 Great news for all waiting anxiously for the Mobile World Conference 2018. The very first Android Go based mobile phone will be released just a few days from now at the MWC 2018. Many were really looking forward to see this new Android OS in action and now as a surprise it is being released sooner than anyone expected.

If you do not know about Android Go, well it is a light but efficient version of Android OS. It means that the mobile phone sets with Android Go will be very cheap and affordable. This is great news especially for the third world countries where expensive mobiles are not something everyone can afford. With Android Go based mobile phones it would become very easy to get a good phone with a cheap price tag. This new OS will be using Android 8.0 for streamlining purposes. With the Android Go many built in apps will be changed to lighter versions too like Maps Go, YouTube Go, Files Go etc.

read more Nokia 1 With Android Go Will Be Pretty Affordable

MWC 2018 starts on 26th of February and it will be showcasing some cool new releases of the year. Biggest release in terms of mobile phones was to be Samsung Galaxy S9 and S9+. However now Google has giving this another tough competitor. S9 is although one of the most anticipated mobile phone of the year but it will be very expensive. On the other hand if we are getting a very good handset in half the price then it will be a difficult decision to make as to which mobile phone to use.