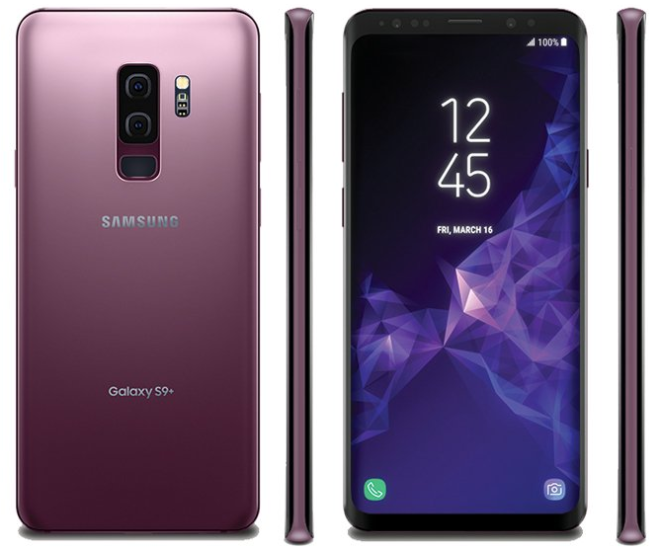 After more and more information and pictures about the new Samsung Galaxy S9 and its larger sister model Samsung Galaxy S9 + have come to the public in recent days, official images of the new devices are now available for the first time, on which they are not only view-able from all sides, but can also be seen in the new color variant “Lilac Purple”.

Galaxy S9 And S9 Plus 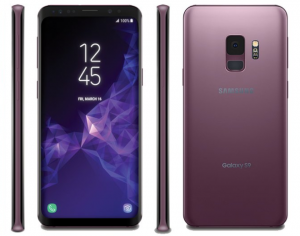 As in previous years, the US journalist and leak specialist Evan Blass is again the source of the first “official” render images of the new Galaxy S series. Blass got to the pictures before the presentation of the new top smartphones ahead of the Mobile World Congress 2018, where he is considered an absolutely reliable source. As always, he did not give any details about the origin, but the pictures may have come from a major mobile operator.

The pictures show not only the front of the new Galaxy S9 and S9 Plus variants in detail, but for the first time also the back and the sides. Apparently, Samsung is again on the combination of almost full-surface displays on the front in conjunction with a glass back and a sturdy metal frame. Also, the Bixby button of the S8 models is installed here again.

Unlike the Galaxy S8 and S8 Plus, the front of Samsung’s new top models is obviously no longer symmetrical. Instead, the edge at the top is still pleasantly narrow, but is a little wider than its predecessors. Background is probably that Samsung has now integrated additional sensors, probably to unlock the smartphone using an iris sensor just like the iPhone X. Because these sensors take up more space, the margin for narrower edges is obviously limited.

On the back what immediately stands out is that the Galaxy S9 in the normal version “only” has a single camera unit on board, while the larger sister model Galaxy S9 Plus comes with two rear camera sensors. It is also noticeable here that the Koreans have changed the position of the fingerprint reader so that it is now easily accessible below the camera. With its more rounded corners at the bottom, the fingerprint reader will probably be easier to use.

According to Blass, Samsung plans a total of four different colors for the Galaxy S9 and S9 Plus – at least when it comes to the launch in the US. He speaks of variants in “Midnight Black”, “Titanium Gray”, “Coral Blue” and the new color “Lilac Purple”. The presentation of the Samsung Galaxy S9 is expected to take place on February 25, 2018 in Barcelona on the occasion of Mobile World Congress 2018.

(The full color pallette, FYI, is: