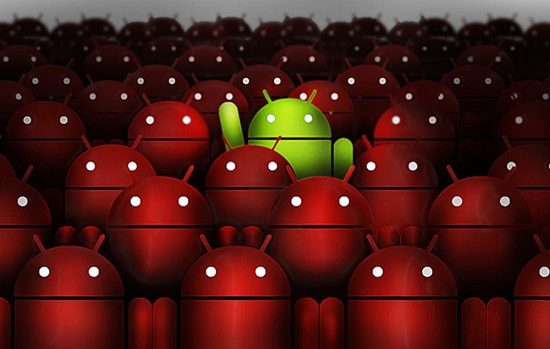 A steady growth of malware has been recorded in recent years on the mobile operating system Android.Now a turnaround seems palpable: for the first time since 2011, fewer malware samples were counted again last year than in the year before.

It should now be clear to all users that you also have to pay attention to the sources from which you download stuff on your smartphones. Regardless of their own measures against malicious software, there is now an improvement in the threat situation surrounding Google’s mobile operating system. According to G Data’s antivirus experts, fewer malware samples were registered last year than in the previous year – the first decline since 2011.
Also Read: Google To Beef Up The Security Of Android 9

Six years ago, G Data began counting malicious programs targeting Android. While only 3809 Android samples had been registered for the premiere of the investigation in 2011, a total of 3,246,284 new discoveries in the field of Android malware were reported in 2016. As G Data reports now, this value seems to have been reduced to 3,002,482 samples in the last year – that’s about 340 new Android malicious programs per hour. 744,065 malware newcomers appeared in the fourth quarter of 2017 alone.

Google was forced to remove more than 700,000 apps from the Play Store last year due to app store violations. The number of deleted apps increased by 70 percent compared to the previous year, which led the Android manufacturer to improve the detection of malicious programs. According to Google, 99 percent of apps with “abusive” content were removed before the first installation took place.In addition, with the introduction of Google Play Protect in the last year, Google wants to offer a good basic protection against malware.

Statistically, users in the official Google Play Store are rarely in danger of downloading a malware. Most malware developed for Android is still distributed through alternative portals that allow you to download the APK installation files outside the Google system. For all users: If you want to play it safe, you should also install an anti-virus solution on your smartphone.

How to enable or disable Google Play Protect :