Fitbit Denies Claims That Flex 2 Tracker Exploded On Its Own

Fitbit, which manufactures wearables, is disputing the claims of Wisconsin woman that her Fitbit tracker exploded by itself. 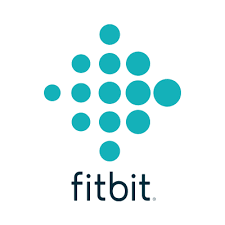 The claimant, Dina Mitchell, reported that her Fitbit Flex 2 automatically caught fire after 2 weeks of use. She also said that the explosion gave her arm a second-degree burn. Fitbit has denied the possibility of her claim following an investigation.

“Based on our initial investigation, including testing of her device by a leading third-party failure analysis firm, we have concluded that Ms. Mitchell’s Fitbit Flex 2 did not malfunction. The testing shows that external forces caused the damage to the device.”

Fitbit also said that it hasn’t received the news of any similar incident before.

“We have not received any other complaints of this nature and we want to assure our customers that they can continue to enjoy their Flex 2 and all Fitbit products with confidence”.

Last week, Mitchell said that she was just sitting and reading when her Fitbit exploded. She sarcastically said that it was either defective or mad at her for sitting for so long. Either way, it burned her arm really bad. Mitchell said a doctor had to remove pieces of plastic and rubber from her arm. She also said that Fitbit made an offer of a free replacement tracker when she told them about the accident.

Also Read: Is About.com so Worthless That No One Cares?

We do not know for sure yet if the explosion was spontaneous, as the women claimed, or if there is no possibility of that happening, as Fitbit said. Either way, it is scary to think of a health gadget harming you.

Do you own a Fitbit device? Will you be afraid to use it after this incident? Let us know in the comments below.