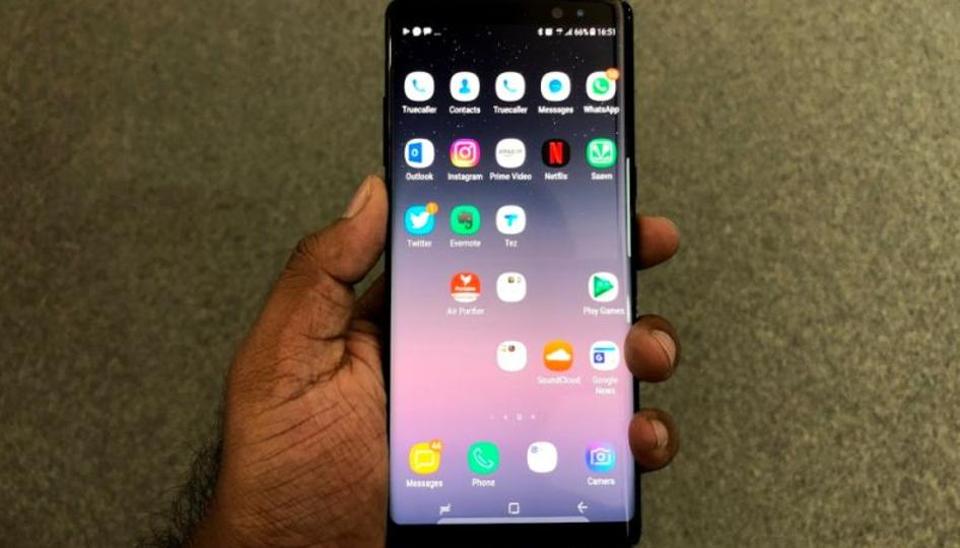 Galaxy Note and Battery: When these two words appear in a headline, Samsung managers are likely to automatically be left with a cold sweat on their foreheads.Now there are reports that the Galaxy Note 8 in some cases completely fails the service.

Everyone knows by now that there were problems with the Galaxy Note 7and most would have read reports on exploding batteries. For Samsung, it is of course extremely important that the current successor Galaxy Note 8 also behaves like a model boy in relation to the battery. As Android Authority reports, however, according to a thread in Samsung’s official community forum, some users now seem to be affected by a serious bug that makes the phone unusable.

Accordingly, the problem occurred in those affected when the smartphone is completely discharged and off automatically. Thereafter, it is no longer possible to recharge the faulty devices after this description and then they no longer respond to special shortcuts that would start, for example, the safe mode. Last but not least, many of those concerned complain that even the LED that otherwise indicates charging no longer responds to the power supply being plugged in.

As Android Authority writes in an update to the article, now synonymous appear reports of Galaxy S8 Plus models, which seem to be affected by the same error and fail after the shutdown at 0 percent battery further service.However, there is currently no way to estimate how widespread the problem really is with Galaxy 8 and S8 Plus.

In a community thread, the Samsung moderator “SamsungMel” advised users concerned to have their devices replaced under normal warranty. “Of course, the problem with the Note 8, which can not be turned on, we will, of course, go as fast as possible to the bottom,” said the Samsung employee. Further information is missing.