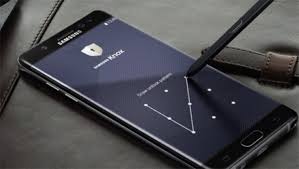 The latest report says that Samsung is ready to launch Galaxy Note 8 in late August before iPhone 8’s launch.

As early as April there have been Galaxy Note 8 rumors. We are hearing that the phone’s frame would be narrower and the screen will be larger, with a dual camera. It is expected that after the introduction of Note smartphones Samsung will launch a Note device. This new device belongs to the Note series of variants, Note has a larger screen. You can use the stylus, to have both smartphones and tablet features. Apple will release the highly anticipated iPhone 8 this year. Samsung will bet on Note 8, hoping this product can compete with the iPhone 8. South Korea Herald and BGR reported that Note 8 design and Galaxy S8 are somewhat similar. The source notes that Note 8 uses the Infinity screen with a wide and long ratio of 18.5 to 9. There is also a report that Samsung will put Android 7.1.1 (Nougat) in Note 8, rather than the upcoming version. The news tells us that Note 8 may be released before the new OS release, the new system called is  “O”, which is scheduled for release this fall. Last month there was a video, and it was said that the device was Note 8. If the video is believable, then Note 8 should have a 6.3-inch (16 cm) screen, touching the edges on both sides. It will feature a borderless design in line with the Infinity Display. The technology has been used in the Galaxy S8 and S8 +. It is said that the next generation of flagship iPhone will also use this design. From the screen size, Note 8 is 0.6 inches (1.5 cm) larger than the previous generation. In addition, Note 8 is larger than the S8 + 0.1 inch (0.25 cm), it will become Samsung’s largest flagship smartphone Some other rumors say that the fingerprint sensor will be placed in front, and the dual cameras on the back. The S Pen stylus will have a built-in vibration motor and also give support for Find My Mobile.

Releasing Galaxy Note 8 before iPhone 8 will put Samsung strategically ahead of Apple. Because of the unfortunate events with Note 7, Note 8 has gone through special safety tests. According to reports, even the development of Galaxy Note 9 has started.

Are you excited about Galaxy Note 8 or are you going to avoid it because of the Note 7 fiasco? Share with us in the comments below!