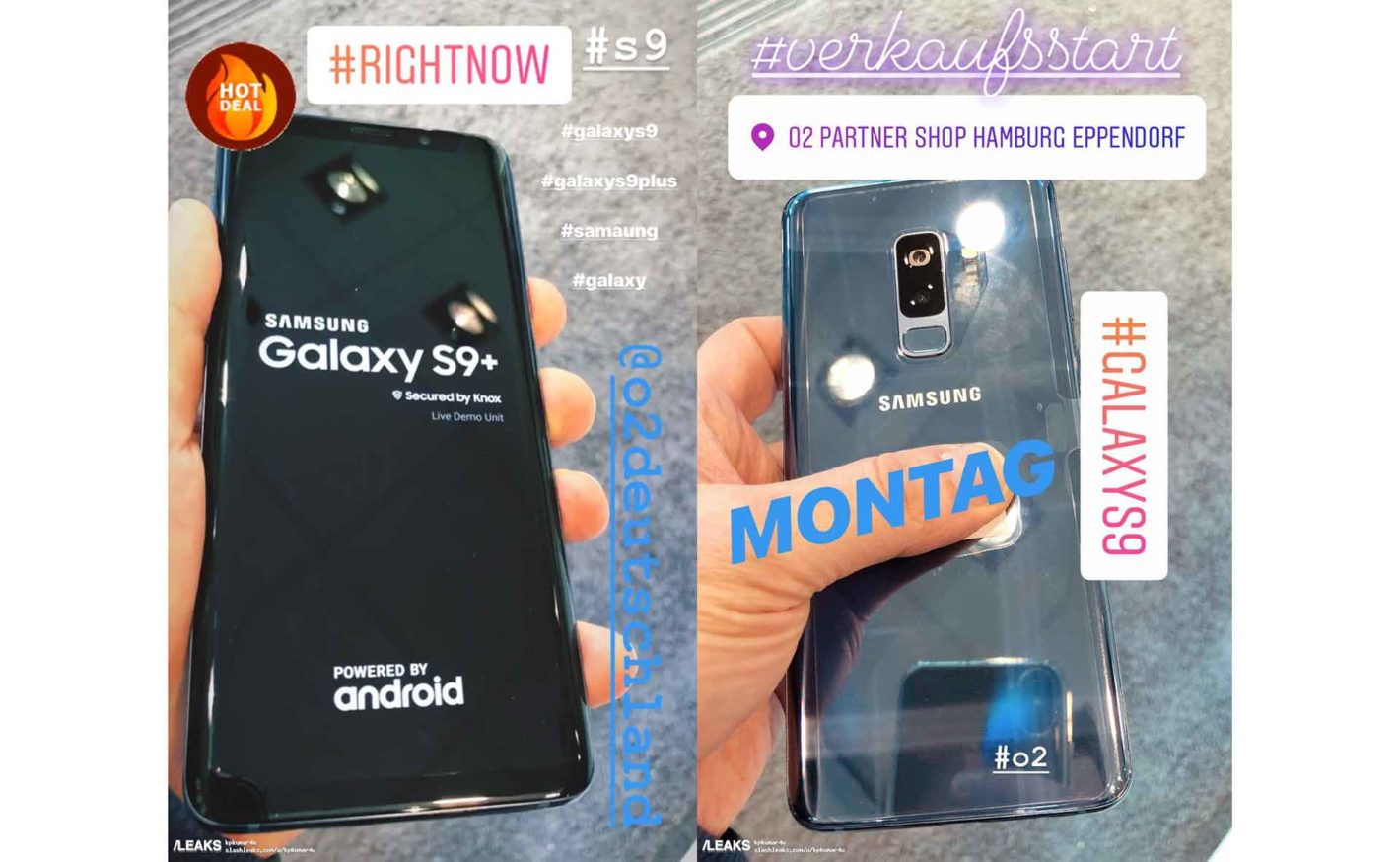 The official announcement of Samsung Galaxy S9 and Galaxy S9 Plus is just a few hours away. Several leaked images of the phones are already available on the internet. Recently, some images were leaked on Instagram. An Instagram user shared a Story featuring the Galaxy S9 Plus from both the sides. The images corroborate the previous leaks. The leaked images seem to be of the Coral Blue variants. It is one of the four colors the phone will be available in. The other three colors include the Midnight Black, Titanium Gray, and Lilac Purple.

The phone has a dual camera setup involving two vertically aligned cameras which are centered a third of the way down the back panel and are supported by a dual LED flash unit on the right. It is right above the heart rate monitor. The setup is a lot like the Galaxy S7 and the Galaxy S7 Edge, apart from the fingerprint scanner which is now placed below the main imaging system. There were a lot of complaints about the awkward position of the fingerprint reader on Galaxy S8, Galaxy S8 Plus, and Galaxy Note 8 so Samsung addressed the concerns this time by repositioning the fingerprint reader.

From the leaked images, it could also be surmised that in Germany the wireless carrier O2 would be retailing the Galaxy S9 series in Germany. As per the recent reports, Galaxy S9 and Galaxy S9 Plus will be released on March 16, after a 2 weeks pre-order period. The smartphones are expected to be more expensive than their predecessors. They will be launched either with the latest Exynos or Snapdragon chips, depending on the market.