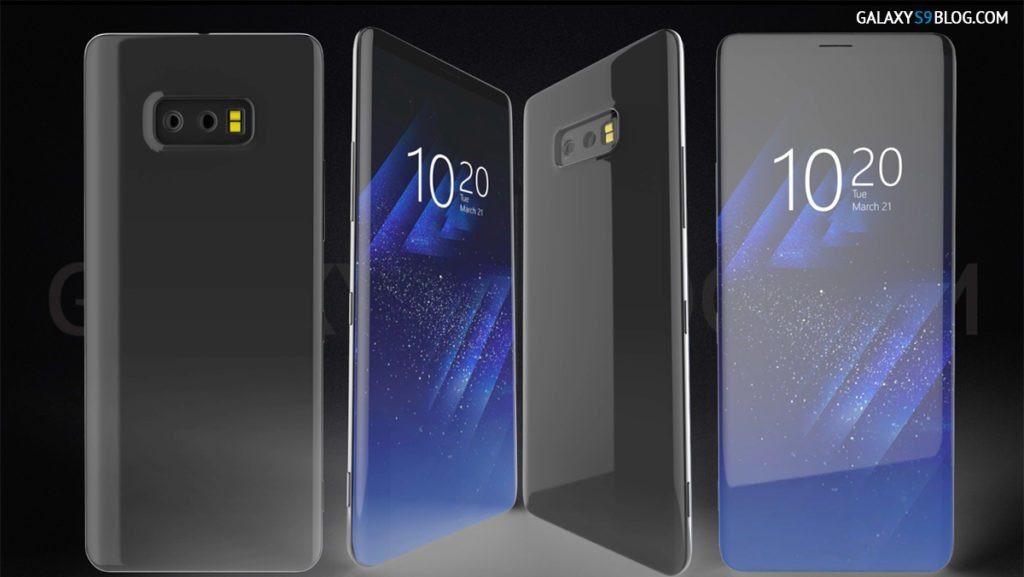 There was news that Samsung Galaxy S9’s screen will be equipped with the fingerprint technology. However, recently Samsung has changed its fingerprint sensor suppliers so it cannot be said for sure whether S9 will have this technology. Samsung filed a patent for an under screen fingerprint sensor with the World Intellectual Property Organisation (WIPO) back in April. The patent was granted today.

It is reported that Samsung is looking for a new supplier of a fingerprint sensor. The biggest possibility is now a supplier from Taiwan. The supplier had previously provided fingerprint sensors for Samsung’s mid-range handsets.And this may also be one of the reasons Galaxy S9 cannot install screen fingerprinting technology, after all, the new suppliers will need some time.

The patent suggests that Galaxy S9 can have up to 12 pressure points on the screen so the fingerprint can allow secure contacts, apps, and messages. As per the patent, the fingerprint sensor will be between the touch sensor and the cover glass. The pressure sensor is at the bottom, underneath the display panel. It will make it easier to prevent access to the image gallery, for instance. If a user is authenticated, the phone will unlock the gallery. Otherwise, a specified amount of pictures will disappear.

Also Read: Samsung Galaxy S9 Will Have A 3D Sensor

This mechanism will also apply to the messaging apps. If the owner is not using the phone, some messages and contacts will not appear. If the user clocks an app with sensitive information, different screens will be displayed depending on who prompted the action.

Samsung Galaxy S9 is expected to be announced at CES next January. There is a slim chance that Galaxy S9 will have these features. However, this information will most likely not be publicly available until the MWC in February or March.