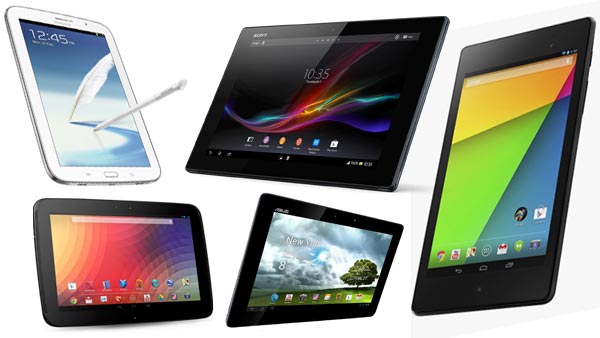 It was previously reported that Android P will not support Google’s Nexus 5X and Nexus 6P phones, and the oft-Pixel C tablet. However, it seems as if virtually no tablet is supported anymore – which may well be related to the fact that Android tablets were never successful in the first place.

Ten years ago, Apple had paved the way for a new form of a smartphone. And since the company only catered to customers who could afford expensive devices, Google was able to market its own Android devices which proved to be very successful. In terms of sales, the market is clearly dominated, while Apple has made itself comfortable in its very lucrative niche.

But when Apple started the iPad, many expected it to be similar. A little later, Google also brought in Android 3.0 Honeycomb support for the flat systems with large displays. But Google was never very enthusiastic about the new hardware platform, which was clearly noticeable in the implementation. For example, over the years there has been a lack of pressure on app developers to provide tablet-optimized versions of their applications. Therefore, users of Android tablets often have to work with scaled-up smartphone programs that do not appreciate the larger display at all.

Accordingly,  the tablet market is reflecting this attitude. Apple is clearly ahead, at least in the individual ratings for the manufacturers and can sell its iPads despite a shrinking market with slight growth rates. To be successful with Android Tablets, special circumstances or ideas are required. Samsung, for example, the clear market leader in smartphones, is not doing very well with its standard Android tablets.

On the other hand, Amazon has posted strong growth – but its tablets are almost incidentally working with the Android platform. The devices are marketed as cheap products for the consumption of digital content sold by Amazon. And Huawei is also seeing rising sales, serving the huge and still largely unsaturated Chinese market. The last tablet that Google released as a reference for third-party Android products was the Pixel C, which was set to counter Microsoft’s Surface line in the meantime. That, too, was not exactly successful. Android P will not come on this model anymore and thus the commitment in the tablet segment is now probably completely gone.

When it comes to combining the mobility of a tablet with a flexible and proven work environment, Android tablets are clearly inferior to Microsoft’s Surface Pro systems. So, it would make sense to go for a Surface Pro rather than an Android tablet.