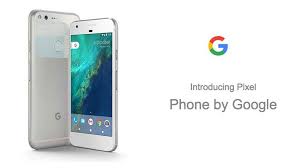 Google has created it’s first ever smartphone, Pixel. Only around 552, 000 devices were sold by the end of 2016. At a time when Samsung and Apple were having problems, Google had a great opportunity to capitalize on their misfortunes. Surprisingly, it did not. What did it do wrong?

Also Read: How to install a clean slate of iOS 10 on your iPhone, iPad or iPod touch?

According to Google’s website, it has the highest rated smartphone camera -12.3 MP. The battery will last you all day. Battery stand by is up to 19 days which is pretty impressive! The storage is also pretty good too – 4 GB LPDDR4 Ram and expandable up to 128 GB.. The Google Assistant is built in.

Two versions have been launched, Pixel and Pixel XL. Features are largely similar, with minor differences in display, size, weight, and battery.

With a phone with such promising specs, you can’t imagine anything going wrong. Unfortunately, a lot of things did go wrong.

During the time when only 552,000 pixels were sold, 78m iPhones and 2.5m Samsung Galaxy Note 7’s were sold. These figures are alarming given the fact that Google had a great opportunity to sell more phones. When Pixel was launched, iPhone and Samsung were going through troubled times. iPhone 7 was not found revolutionary enough while Galaxy Note 7 was blowing up.

Pixel’s main problem was lack of availability. Verizon is the only carrier that sells it. It can be bought directly from Google for $649 too, but not many people consider this option. Google limited the market by signing a deal of exclusivity with Verizon.

The demand for Pixel was unexpected and Google couldn’t get enough parts to fulfill the demands.

This was the first time that Google made a phone all by itself. Previously, it made software and relied on partners like Samsung and HTC for hardware. Perhaps this is the reason why some of the phones have faulty microphones that cannot record audio. Since this is a hardware issue, a software update will not solve it. All the defective devices will have to be sent back for repair.

The phones also have some other issues like faulty alarms, faulty music players, and inability to place a call or receive one.

Does a bad start mean Pixel is doomed? Certainly not. Although this problem has its share of problems, a lot of people love it. Keeping the AI exclusive to it was a smart move by Google. This gave the phone a unique feature, and made it special.

What do you think of Pixel? Will it be the game changer in the future? Or should Google have stick with hardware partners like Samsung and HTC?