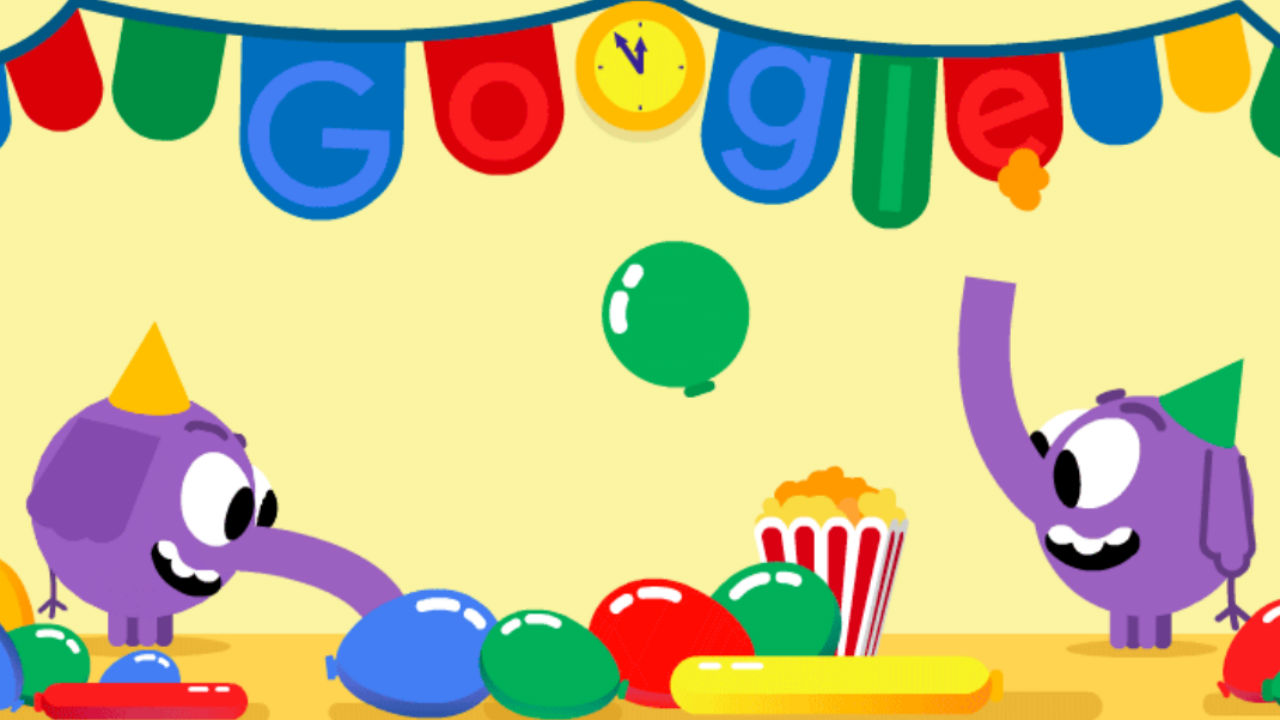 Just like the previous year, this year again Google has released a really cool New Year Eve Doodle which celebrates the festive season in style.

This year we open the most popular search engine’s home page to be welcomed by a vibrant scene where a couple of overly cute elephants are partying on the New Years Eve. One Elephant is blowing up colorful balloons and then tossing them around and the other one is eating pop corn.

There is a wall clock showing that the time is five minutes to midnight. Unlike the last years Doodle which worked in real time for the clock and you could literally do count down to the new year with the clock, this time the clock is just an image, however it might start ticking later in the day as the mid night approaches.

Since the year 2011, every year on the new Year Eve, Google delights us with really cute and creative Doodles that add to our festive mood. Here is a look at the Bunch of Google Doodles released so far in the previous years. 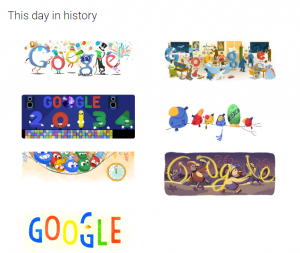 Google Doodles are a huge manifestation of creativity and innovation from Google. Every year scores of Google Doodles are created and launched with the search engine. Many times the Doodles are geographically different for different occasions and different counties.=. Google celebrates local festivals, special days or famous personality’s death and birth anniversaries. People are eager to see the Google Doodle every  time a new Doodle is released.We wish Google keeps on entertaining us with these Doodle. Did you like the Google New Year Eve Doodle or any other Doodle that you specifically liked, share us in the comments section below.