Seems like Google wants to be a part of everything. Be it schools, the roads, or anywhere else, Google wants to be present. The latest thing to talk about is their Project Sunroof which will now be in Germany. Google’s Project Sunroof is a method of pairing google’s mapping data with information about how much sunlight gets to your home. Using it, people can see if their home gets enough sunlight for them to think about investing in solar panels. Up until now, this service was limited to America, but from today, the system is being introduced in Germany which is all about fighting the climate change. 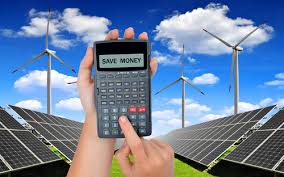 Google has partnered with the German power company E.On to map Germany and calculate the solar fall. The project covers 40 % of all German homes currently, amounting around 7million buildings and the focus is on densely-populated localities and cities like Berlin, Rhine-Main Munich, and the Ruhr. Residents can just type in their addresses and they will be given an estimate by Google’s of the potential costs and the return of the project.

Project Sunroof is also getting added to E.On’s solar sales website which will hopefully motivate more people to switch to solar power. Germany is the leader when it comes to the fight against climate change. In 2016, a third of Germany’s energy came from sources like solar, wind, and hydro. Germany has been very successful so far.

It is good to see a country making efforts to fight the climate change. The temperatures are rising globally and the weather has become unpredictable. All this has happened because of man-induced damages to the climate. Hopefully, more countries will follow suit and give a green light to Project Sunroof.