Guess Who Else Sucks At Math? Nvidia Titan V, The World’s Most Powerful GPU! 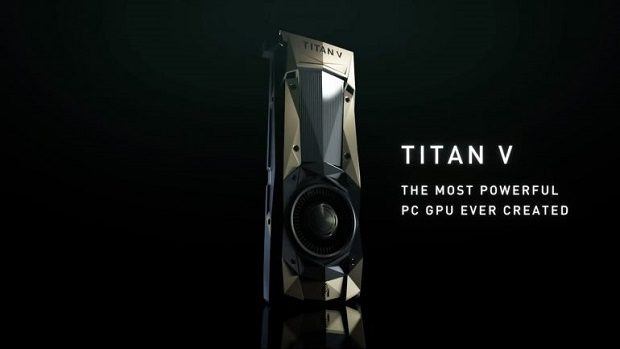 The Titan V is Nvidia’s most powerful GPU board right now and is built on Nv’s Volta technology. Accordingly succulent is the price because the Titan V currently costs about 3500 euros. However, the GPU is intended primarily for scientific applications.The problem: computer scientists have found that the Titan V miscalculated.

The end of last year, the manufacturer from the Santa Clara, California presented Titan V as its absolute flagship. Although officially it was aimed at the consumer class, AI researchers and other scientifically active computer scientists also use it. However, people running scientific software have discovered problems with the Titan V.

When the Nvidia’s Volta technology-based graphics card was used in a lab to simulate the interaction between a protein and an enzyme, there appeared to be problems. After repeated tests under identical conditions, however, the researchers found that the results differed by up to ten percent. A single erroneous “Monday card” can be ruled out because the researchers used four Nvidia Titan V units, two of which spit out erroneous results. The same has never happened in previous tests with other Nvidia cards. Nvidia has not commented yet. It is hoped that the company will speak up at the in-house GPU Technology Conference next week.

Until there is a statement from Nvidia, we can only speculate about the reasons for the calculation errors. In any event, the manufacturer can hope that the most likely explanation is indeed true, namely a memory problem that may be responsible for the manufacturing process. That would be good for Nvidia because that would mean that it’s not the Volta architecture that is fundamentally flawed. The best solution to the problem at the moment is to avoid using the Titan V till a software patch is issued to resolve the problem.