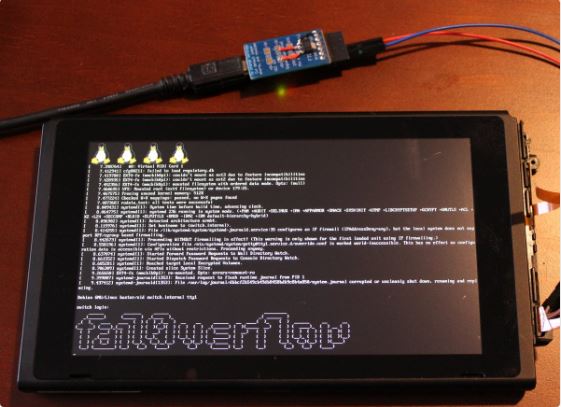 A group of hackers managed to run the operating system Linux on the Nintendo Switch. According to the hackers, the vulnerability responsible for this can not be closed without a complete reissue of the hardware.

While Nintendo is likely to enjoy the commercial success of the hybrid console switch, many hackers are now interested in the platform. After cracking the built-in security features of Sony’s PlayStation 3 seven years ago, Fail0verflow hackers have now made Linux work on the Nintendo Switch. The group announced this via Twitter. A photo of the console shows the boot process on the display of the console.

To load the open-source operating system”Fail0verflow” would have exploited a bug in the boot ROM of the switch. This is a chip that contains the code required to start the console. This code is used when the system is restarted. If this was indeed the case, then this represents a security gap, which can not be repaired with a simple patch or firmware update.

The only way to solve the problem for Nintendo is to integrate a new processor into the switch, with which the corresponding vulnerability no longer works. For this, the company would have to work on another Tegra X1 chip and install it in a future hardware revision in the console. An official statement from Nintendo on the vulnerability is currently not available.