Honor 10 Is Like A Cheaper Version Of Huawei P20 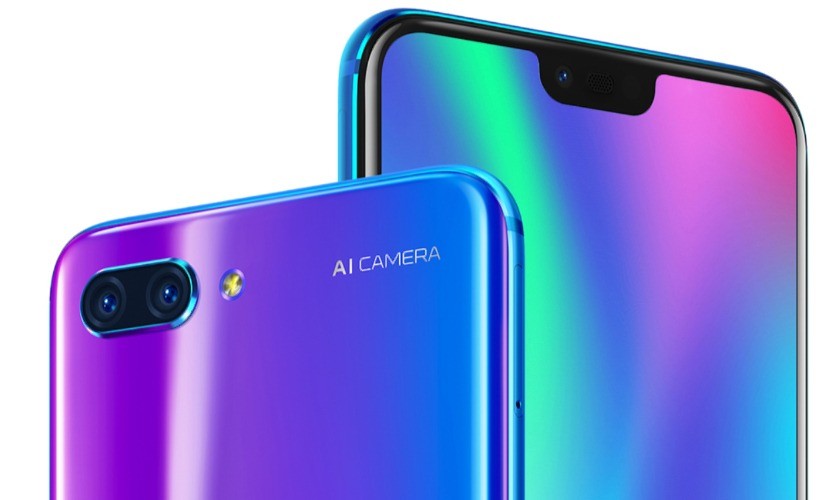 The Chinese smartphone manufacturer Huawei has just introduced the new top model of its subsidiary brand Honor. As expected, it is a kind of “cheap Huawei P20”. It has a “notch” at the top of the screen and the back of the phone is very colorful. Honor 10 also has a lot of features previously seen on P20. 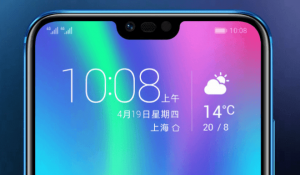 The Honor 10 relies on a combination of Huawei’s first processor with built-in AI engine and associated software with a design on the front. Thanks to the cut-off on the top of the screen, the phone is strongly reminiscent of the iPhone X. However, only two main cameras are used on the back, not three, as in the Huawei P20 Pro.

The Honor 10 has a 5.84-inch LTPS LCD built in the 18.7: 9 format and with 2280×1080 pixels offers a decent resolution. It is therefore quite stretched and the “Notch” may cover some of the screen content, but Huawei also offers here again the opportunity to deposit the top of the display left and right of the section with a black area and scale content accordingly.

The fingerprint reader on the front remains here, so the Honor 10 has a relatively wide edge at the bottom. The screen should also be easy to read outdoors with a contrast of 1500: 1 and a brightness beyond the 500-candela mark. The notch at the top doesn’t have a facial laser scanner, but only the 24-megapixel front camera, distance and brightness sensors and of course the earpiece.

The camera on the back of the Honor 10 is dual camera unit, but there is no Leica branding that we saw in the P20 series. Instead, it has a 16 megapixel and a 24 camera, each with an F / 1.8 aperture. The camera has AI capabilities which means you get various functions for image optimization, which should help before and after taking a photo. This is made possible, among other things, by the use of the “Neural Processing Unit” in the Kirin 970 SoC installed here.

Among other things, Honor promises that the combination of the 24-megapixel resolution black-and-white and color sensor with 16 megapixels will ultimately guarantee optimal images. An image stabilizer does not exist, instead, Honor uses the same AI features, which that were seen in the P20 with “intelligent” image stabilization by software for impressive results. More than 500 image scenarios are to be recognized as well as 22 different types of objects. 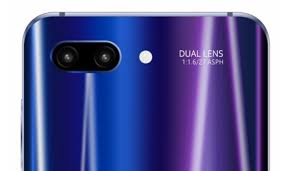 In addition, Honor optimizes the image via “Semantic Image Segmentation”, in which the recognized areas and objects in a motif are individually optimized by KI in their presentation in order to achieve a better quality. Specifically, this means that in the background, for example, other optimizations can also be made. On the front of the Honor 10 is a 24-megapixel sensor, which should provide for excellent self-portraits and of course also uses plenty of features in the field of “artificial intelligence”. There is no front lightning.

The Honor 10 is powered by Kirin 970 Octa-core SoC, Huawei’s own chipset. The Octa-core SoC with its eight to 2.36 gigahertz fast cores and Mali G72 graphics unit are combined depending on the model with four or six gigabytes of memory, while the internal flash memory is 64 or 128 gigabytes in size. An expansion of the memory is unfortunately not possible, as the Honor 10 has only two nano-SIM slots, but not a memory card slot.

Huawei also gives the device a dedicated AK4376A audio processor that can output 7.1 sound via headphone jack. Incidentally, the latter has been retrofitted compared to the P20 series. In addition, there is a 3400mAh quite properly sized battery that can be charged via Huawei SuperCharge with up to 4.5 amps in no time. The USB-C port used for this, unlike the P20, only supports the USB 2.0 standard, so that it can not be used as a desktop replacement here.

It supports a wide variety of LTE tapes that are common in the P20 series and Gigabit WLAN with dual-band support. There is also Bluetooth 4.2 and NFC. Incidentally, there is no IP67 certification, so that the new honor flagship is not waterproof and so you must be careful while handling it. The Honor 10 is available in the colors Aurora Black, Green Blue and a “Wave” flip-flop color variant in which the color varies between blue and a strong pink depending on the viewing angle and lighting conditions. The case is made of curved glass on the front and back, with a stronger effect on the back. The frame is once again made of aluminum. The Honor 10 weighs 153 grams and is 7.7 millimeters thick.

The operating system is Android 8.1 “Oreo” , which is combined with the current EMUI 8.1, Huawei’s own, heavily modified user interface. The new features include, in addition to the various AI features, games that can be used on the lock screen without unlocking the smartphone previously. The Honor 10 will soon be available in China before it will be launched in Europe in mid-May and will be available soon. In concrete terms, the date for China is April 27, 2018. In China, Huawei only offers the Honor 10 with six gigabytes of RAM, while the internal flash memory is 64 or 128 GB in size. According to the manufacturer, in the first case, 2599 yuan is due, while the model with double storage is priced at 2999 yuan. This covert to 335 euros and 386 euros respectively.