Honor V10 Is Going To Be An Affordable Phone 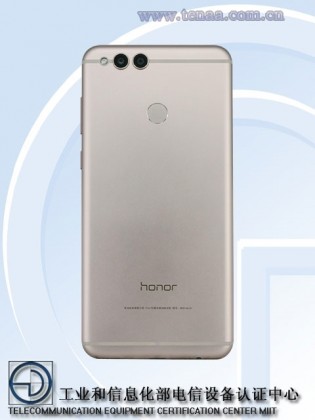 The Chinese Communications Supervisor TENAA provides comprehensive details on new smartphones in advance.Now it also reveals the new top smartphone of HuaweiHonor, which will probably be presented for the first time in early December officially for Europe.The Honor V10, so the name for the Chinese market, comes in Europe probably as a successor to the Honor 9 in the trade.

The Honor V10 will be on display at TENAA under the model number BKL-xxxx and will celebrate its premiere tomorrow in China. On 5 December, the introduction for Europe is expected. The device has a surprisingly unique design and combines an 18: 9 display with a fingerprint reader on the front. In addition, there are many components from Huawei just launched Mate 10 and Mate 10 Pro in use, but the Honor model should be significantly cheaper.

The display is lushly sized at 5.99 inches, unlike the Huawei Mate 10 Pro is not an OLED display, but a “normal” LCD. With 2160×1080 pixels, the resolution is at a level that is often referred to as FHD +. Thanks to the classic RGB matrix, this panel is likely to look a bit sharper compared to the Huawei flagship with its Pentile matrix.

In line with the 2: 1 form factor, Honor has given the V10 narrow edges, but unlike Huawei’s Mate 10 Pro, it houses a fingerprint reader on the front. The metal back is therefore quite empty, if you leave out the dual camera unit and discreetly accommodated antenna bands outside. The TENAA images suggest that the unibody aluminum case should be offered in a range of colors, with blue and gold each combined with a white or blue front. Red and black should also be offered.

Under the hood here is the familiar from the Mate 10 new Huawei Kirin 970 Octa-core SoC, in which four ARM Cortex-A53 cores operate at a maximum of 1.84 gigahertz, while four other Cortex-A73 cores up to 2.36 GHz to reach. The chip is characterized mainly by the integration of the so-called Neural Processing Unit (NPU) used for AI tasks, which is now also being used for the first time in an Honor smartphone.

Depending on the model, it is combined with four or even six gigabytes of RAM as well as 64 or 128 gigabytes of flash memory, which can be expanded with a microSD card slot. There are also two SIM card slots. As usual, the funk will be with Gigabit LTE, ac-WLAN and Bluetooth. NFC is not mentioned yet.

The cameras on the back of the Honor V10 work with 20 and 16 megapixels each, although there is no exact information about the camera hardware. On the front also sits a single 13-megapixel sensor. Apparently, the V10 with 16 megapixels at the second rear sensor even higher resolution than the Mate 10. Whether the same effects are possible here, remains to be seen.

The battery of the Honor V10, which may be called Honor 9 Pro in Europe, is not quite as big as some might expect at 3650mAh. It is powered by the USB Type-C port. With 6.97 millimeters and 172 grams of weight, the Honor V10 moves to a level usual for this size. The operating system will be Android 8.0.0, probably together with the Huawei’s own EMUI interface in version 8.0.