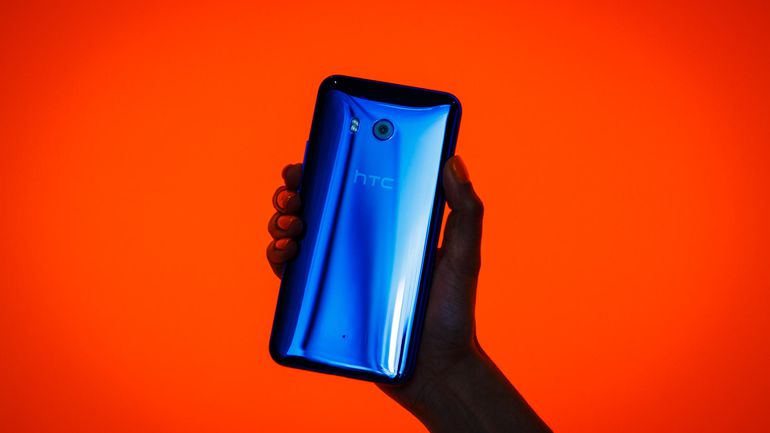 HTC was in hot water for some time. The company wasn’t doing so well from an economic point of view. Luckily for HTC, HTC 10 brought a breath of fresh air to the company. The company seems to be on the path of revival now. It is reinventing itself. The efforts seem to be paying off. 2017 was a good year for HTC. The top of the range offer for 2017 is the HTC U11, which is a high-quality phone. Is the phone worth buying? Read the complete hTC U11 review to find out!

In the box you of HTC U11 will get a USB-TypeC cable, a 3.5mm Type-C / Jack adapter (the phone doesn’t have the input port for the 3.5mm headphones), a 9V / 1.7A wall charger for quick recharging with QC 3.0, a pair of USonic earphones with dynamic noise reduction, and a pretty cheap quality plastic cover.

The phone has Qualcomm Snapdragon 835 CPU, the octa-core 2.45 GHz current range with an Adreno 540 GPU and it has 4 GB of lpDDR4 RAM. The internal memory of HTC U11 is 64 GB UFS 2.1 and it is expandable via microSD up to 2 TB. On the front of the phone, there is a precise and fast fingerprint reader. It is a bit too small and completely glass-level, so the touch is hardly identifiable.

The buttons of U11 are soft-touch backlit. They are way too small and also decentralized in the vertical inclination between the phone frame and the low edge of the display. The sensors include proximity, accelerometer, brightness, gyroscope, magnetometer.

It is is a dual sim dual standby phone but if you use it in dwarf format (with two sims) you will have to let go of microSD expansion. The telephone part is excellent. The phone has Wifi (standard a / b / g / n / ac dual band). It is better than the average. A port display and Type-C port with OTG are also there. There is also a lack of NFC and GPS. The infrared door is also missing a bit.The radio FM is also missing. 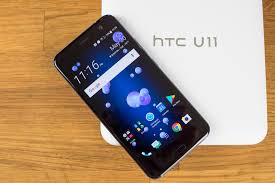 The performance of the phone is good and it works fine. There are no problems here. The Snapdragon 835 is a processor, with a lot of improvements, compared to its past generation. UTC 11 lets you explore its potential. The phone never slows down and the user experience is always good. Navigation yield during gaming is optimal. There is minimum overheating, which is negligible.

The size of HTC U11 is in the right range (153.9 x 75.9 x 7.9 mm) and the weight is also well distributed. So, the ergonomics of the phone is not problematic. When compared to HTC 10, the diagonal of the phone display rises, so it is difficult to use it with one hand. On the flip side, the grip of the phone is better compared to other aluminum phones. The design of HTC U11 is its distinguishing feature. The 3D Liquid Glass has a truly reflective effect. Of course, the preference of the aesthetics depends on individual taste. But still, the design is distinctive.

The 2.5d protective glass is the Gorilla Glass 5 type and it has an accentuated curvature which gives the phone a double-faced appearance. The front of the phone does not seem balanced like the back. The frame of U11 is aluminum and is different from other smartphones so that it can be squeezable. This means there are two pressure sensors placed below the chassis which recognize the pressure you hold the smartphone with. HTC calls this technology Sense Edge. You can go to the settings, to select attributes that are assigned to a prolonged hold and a brief close. This feature can be helpful for everyday use but it might be difficult to get the right balance in the pressure to stop the function from getting activated involuntarily. The most useful shortcuts are the activation of the camera and the torch. It is easier in both the cases to just to tap the screen double-click on a button instead of shaking the phone. The usability of this feature is debatable and will depend on your habits.

The display of the phone is a great IPS LCD unit of the Super LCD version 5. The diagonal of the display is 5.5 inches with a form factor of 16: 9 and the resolution are QHD. This seems similar to the specs of HTC 10 but is an improved version. Readability under the sunlight is much better. The colors are pretty good. The depths of the blacks are also nice and not reflective. The oleophobic treatment deserves criticism. It leaves a kind of porous patina which does not have a nice visual effect.

The audio compartment is focused on a mono speaker which is positioned on the lower edge of the phone and is unbalanced on the basses to enable it to create an organic sound along with the earphone capsule, that is given to the tweeter function. The sound quality is excellent in general. The volume is not so high. The steroid effect has been orchestrated well. The phone is hi-res audio certified. The phone has a high-quality DAC. The output is not just good with the given headphones, but also with other headphones and earphones. The use of USonic resets environmental noise after noise profile creation and a fast measurement. Despite this ability, more was expected from the USonic, that are made of plastic. 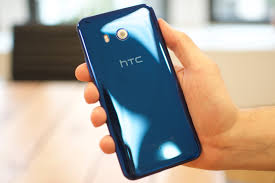 The camera of HTC U11 is a 12 megapixel with 1.4 micrometers and has dual-pixel autofocus points. The standard lens has been optically stabilized and has F / 1.7 aperture. There is dual flash LED on the back. The front camera is a non-stabilized and autofocus 16-megapixel and has F / 2.0 aperture and standard, non-wide angle focal length.The quality of the shots taken with the main camera is excellent. There is a lot of detail and accurate white balance. HTC U11 is fast to focus and its wide aperture lets it keep very low shutter speeds which results in crisp and sharp images. The dynamic range is also good and lets you maintain detail in shadows and high lights alike, without recourse to HDR. The quality degrades a bit at night for a while but picks up a little less precise WB pretty soon and raises the ISO. There are some software problems that can easily be resolved and the convincing picture quality in manual mode signals a good hardware. The selfies are also good, even though the definition is a bit above the average. There is always a thin patina in front of the pictures unless the sun is completely perpendicular to the lens. So we might have a lens-flare problem. The videos are convincing and valid, both in FullHD and in 4K. They provide clean and clear images. The stabilization and the 3D audio recorded by the 4 microphones are effective.

The battery on the phone is 3000 mAh which is enough to support the hardware of the phone. It can last you till evenings with constant use too. U11 has the new HTC Sense. The software is Android 7.7.1 and the stock software inherits most of the graphics and features. HTC did not integrate classic apps like music, browser, calendar, and gallery to leave space for Google Apps. There are only some customizations within the menus, a motion launch, that has some gestures to access Blink Feed and awaken your phone. Sense Home, which is the HTC Launcher is also there. It is a feed screen which gives you news from social networks and custom sources. You can apply themes by selecting from the ones available at the store. You can also change the behavior of the screen by programming the gloving mode, night mode, and three finger gesture. Boost Plus is a great service maintenance assistant, that automatically saves battery life, keeps memory clean and lets you keep an eye on privacy.

HTC U11 is available for 873 USD. This phone signals the return of HTC. The market response will truly decide this. Still, the Android phones have a new competition. HTC U11 is responsive, practical, has a great camera, and good autonomy. There no exceptions with regards to the optimization of the front frames.
Also Read: LG V30: One Of The Most Anticipated Phones Of The Year

This phone is totally recommended. The hardware, display, materials, user experience and camera are excellent. The battery, software, ergonomics and audio are also good. The price could have been a bit lower. as the price quality ratio doesn’t seem justified.

What do you think about HTC U11? Yay or nay? Let us know in the comments below!