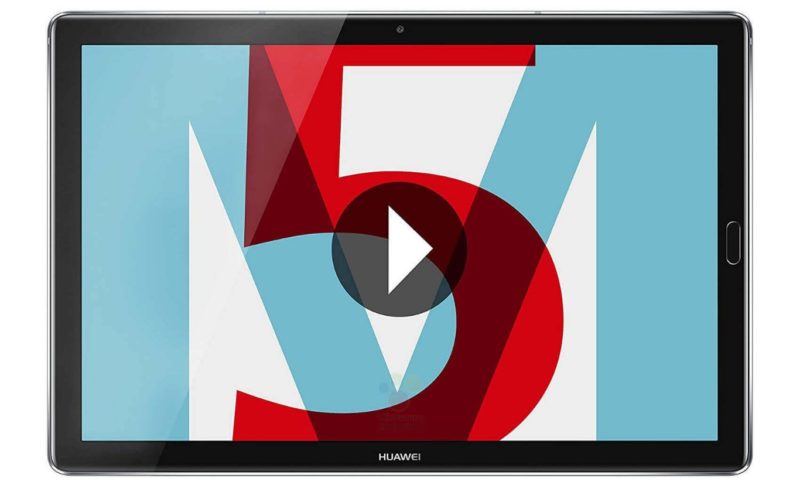 In addition to the MacBook X Pro, Huawei today also unveiled a range of new tablet models, including MediaPad M5, at the Mobile World Congress 2018 in Barcelona. All variants are equipped with Android 8.0 Nougat and the EMUI interface and should be delivered in a few weeks.

In total, there are three tablet models, each with a Kirin 960 SoC and memory of four gigabytes. In addition, a Mali G71 MP8 GPU and 32 or 64 gigabytes of flash memory are used inside the devices. With a microSD card, the size of the internal memory can be expanded by up to 256 gigabytes. Tablets are charged via a USB Type-C connector.
Also Read: Huawei MateBook X Pro Presented At The MWC

While a 13-megapixel camera was installed on the back, the front camera is 8-megapixel. For the first two tablet variants Huawei has launched a pre-order campaign: The first 1000 customers who pre-order the MediaPad M5 at Amazon, get a coupon code for a free Prime Year for free.

The first model of the MediaPad M5 series is a device equipped with an 8.4-inch IPS display with a resolution of 2560 x 1600 pixels. The capacity of the battery is 5.100 mAh and should, therefore,e be enough for a decent runtime. It takes about three hours to fully charge the battery, according to the manufacturer. The device weighs 310 grams and can therefore be transported very well. A variant without LTE is available for 349 euros. With LTE, the device costs 399 euros.

The second model has a 10.8-inch screen, but with the same number of pixels. However, in order not to worsen the runtime in comparison to the smaller version and to make optimal use of the additional space, a battery with a capacity of 7,500 mAh was installed here. The time required for a recharging process, however, does not increase. With a weight of 498 grams, the model is also significantly heavier. While the WiFi variant costs 399 euros, the LTE version costs 449 euros.

Finally, the Huawei MediaPad M5 is still in a Pro variant, which is the only one of the three models with 64 gigabytes of flash memory. Unlike the other two models, however, this version is excluded from the pre-order deal. In addition, the tablet is only available in LTE version. The device should be available from the beginning of April and cost 549 euros.