Huawei P Smart Is Going To Be A Compact Phone 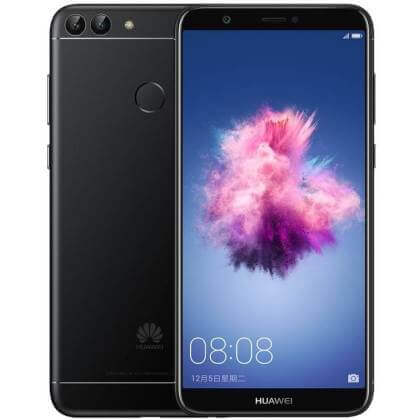 The Chinese manufacturer Huawei continues to expand its range of smartphones with 18: 9 display and has now introduced in China with the Huawei Enjoy 7S, the first model with a slightly more compact form factor, after initially sat on 6-inch model. The device will soon be on the market in Europe as a Huawei P Smart and offers a razor-sharp display in a new format with a diagonal of 5.65 inches for relatively little money. 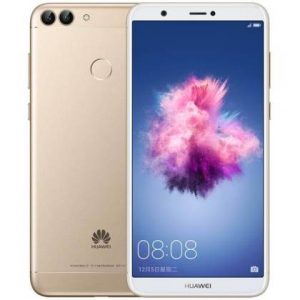 The Huawei Enjoy 7S or Huawei P Smart (FIG-Lxx) offers a 5.65-inch display. Although this may seem quite large at first glance, it should be remembered that the device is narrower and more compact than before due to the 2: 1 and 18: 9 stretched format and the narrow display margins. At 150 millimeters, it is only slightly longer than the 5.1-inch screen-equipped P10.
Also Read: Huawei P11 To Be Released In The First Quarter Of 2018

The resolution is here with 2160×1080 pixels on a level often called FHD + level and should be very sharp with 428 pixels per inch. The use of an LCD instead of an OLED panel also contributes to this, since it uses a classic RGB pixel matrix. Because the display is stretched, the fingerprint reader migrates here to the back.

Also Read: Huawei Honor View 10 Announced
The Huawei P Smart is based on the HiSilicon Kirin 659 Octa-core SoC, which has also been used in a number of other mid-range Huawei smartphones. Four of its cores operate at 1.7 gigahertz, while four more can accelerate up to 2.36 GHz. In all cases, these are ARM Cortex-A53 cores. Although the chip achieves up to 150 MBit / s in the downstream via LTE, the WLAN support is unfortunately limited to the outdated operation via the IEEE 802.11n standard in the 2.4 GHz range. There is also Bluetooth 4.2.

The memory of the Huawei Enjoy 7S or P Smart is three or four gigabytes in size, while the capacity of the internal flash memory is 32 or 64 GB, depending on which model the customer chooses. An expansion via microSD card slot is easily possible and there are two NanoSIM slots. The battery is here 3000mAh large and should, therefore, ensure something above average maturity.

For the cameras, Huawei uses a combination of a 13- and a 2-megapixel sensor on the back to allow depth effects. On the front sits an 8-megapixel camera with wide-angle lens. The operating system which runs on the Huawei Enjoy 7S is the current Android 8.0 “Oreo”, which is combined with the new Huawei EMUI 8.0. To introduce the Enjoy 7S is offered in China for the price of 1699 yuan in the 4 / 64GB version, which corresponds to the equivalent of 216 euros.

Also Read: Huawei Apologizes For 1 Euro Smartphone
In Europe, the device is therefore likely to cost around 250 euros in this variant, while the basic version with three GB of RAM and 32 GB of flash memory is likely to beat with around 220 euros to book.