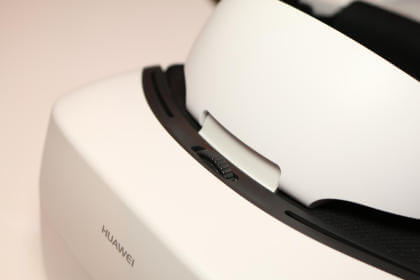 Virtual reality devices are not so affordable yet. Huawei presented the second, more sophisticated version of its own VR headset at the CES electronics trade fair. In China, the system was already presented as an accessory to the Smartphone Mate 10, but now it is to come as an independent product in the trade.

While the first model was still quite simple and sold for well under a hundred euros, the improvements had a significant impact on price.The Huawei VR2 now costs around 260 euros. But you get at a price that is still far below the large platforms HTV Vive and Oculus Rift.

Also Read: AT&T Bails On Huawei In The US

The headset is not only usable in conjunction with smartphones, but it can also be connected to the PC. For example, it is compatible with the games that can be found on the Steam VR platform. Huawei itself also provides the system with a variety of video content, including exclusive licenses from IMAX cinemas.

The connection to a smartphone or PC is via a USB Type-C port. Unfortunately, it was not possible to know in detail which technology was used to get the image data into the headset. In the system, the user then gets a 3K picture according to the manufacturer.Behind this is the fact that every eye looks at a separate display with 1600 x 1440 pixels and a refresh rate of 90 hertz.

Also, the audio signal comes directly from the headphone jack on the VR glasses themselves. So it is not necessary, in addition to the USB Type-C cable, via which the power is drawn, yet another lead to the system introduced. Another plus point of the Huawei product is the fact that the display unit is movably mounted to the headgear. Anyone who has to change from the VR to the real world for a short time just needs to fold up the front part.