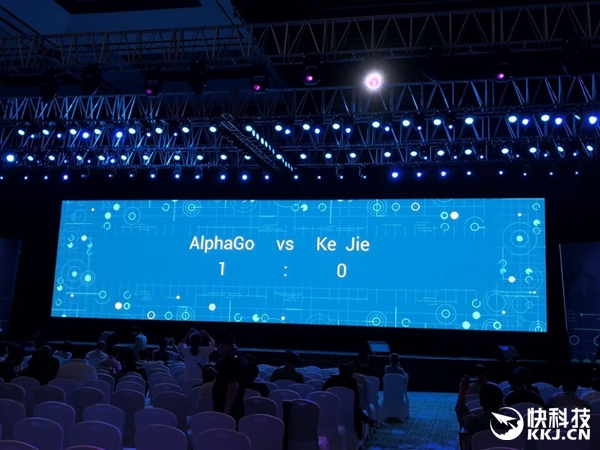 In the much anticipated match of a game of Go, the artificial intelligence based Go player AlphaGo retained its title in an epic match between the very top of human brains and the machines.

The current world Go champion Ke Jie was outset by the AlphaGo in the nail biting around. Two days ago in the first round Ke Jie experienced his first defeat in the first round in the best of three match. It was a half point victory and Ke Jie was just inches away from the winning when the Alpha Go won over. There were high hopes from Ki Jie for this round but he lost today too unable to break the winning streak of AlphaGo.

Last year in March 2016, AlphaGo beat up another world champion Lee Seedol in  a best of 5 match series. Even a year before that in 2015 the European Champion Fan Hui was defeated by the same AI algorithm based Go genius program.

read more Dolphin Speech To be Deciphered Through AI

This time during the game, the analysts and the specialists with regards to the game were delighted by the way Ke Jie played and were all praise for the young genius. Even if Ki Jie lost to AlphaGo everyone was united in their praise for the excellent and immaculate manner in which Ki jie had made up his moves.

AlphaGo is now the world champion in the game of Go. It is being termed as the best player of go in the world even if it is not human. AlphaGo was developed by Google and it debuted in 2015 in a match with the europeon Go Champion Fan Hui. Since then there has been no stopping it.

Now let us tell a little about the game of Go. The game of Go was invented in China around 3000 years ago. The rules of the game are simple. There are black and white pieces each belonging to one of the opponents. The player tries to cover up all the boards with his own pieces. The game is highly popular not only in China but in other Asian countries too.

What do you think about the performance of AlphaGo? Share your views by commenting below.