The dissemination of Imran Khan Wedding was making news all over and finally the two tied the knot in Bani Gala, residence of The Captain. Imran Khan started his political career with the intention of “NAYA PAKISTAN”, sowing feelings of TABDEELI in Pakistani blood especially the youth of PAKISTAN merely ended up with a personal achievement –his marriage. The ultimate purpose to rejuvenate a dead society bringing up change fades away.

The low profile Nikkah with Reham Khan, a well known weather broadcast journalist at BBC was conducted by Mufti Saeed. The extremely low profile and private affair as dictated by friends and family of the two should be considered as a personal act with no judgmental opinions.  Chair person PTI took time to officially announce his relation with Reham khan and kept the news camouflaged until appropriate. 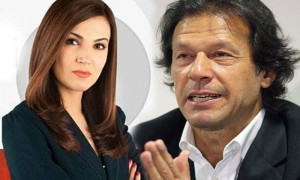 The Nikkah following post Peshawar Attack has left the nation with question to Imran’s Khan Leadership for Pakistan while on the other hand people are celebrating this occasion with utmost enthusiasm and zeal. The country itself is divided and what is expected out of leadership always falls short .Many welcomed the news with warm feelings for the captain after a tense wave in the country while many are of views totally opposite. 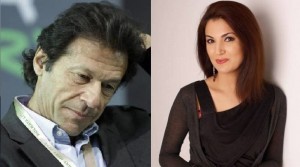 The intimate Nikkah ceremony was attended by close family members and friends and no valima was held but only food to distribute in Madrasha’s.  According to Imran khan “Marriage is not a crime” which is accepted and appropriate but the need of the hour is neglected, however die hard Imran khan supporters are positive with their leader decision and actions.

The fight that started from active DHARNA”s in Islamabad and spreading in major cities took a low belt and finally ended on a happy note for sportsmen turned politician Imran khan. It is true that it was not an extravagant wedding except the gaudy dresses but according to the critics this was not the RIGHT time for such a decision.

The media gave much hype to the Nikkah ceremony and may have doubled as a fundraiser for the new cancer hospital which is under construction in Peshawar. To conclude marriage of the PTI leader post Peshawar incident is not a welcoming note by many Pakistani’s due to the only reason that country needs a leader who could invest in the interest of the country FIRST.