Home » Blog » Building An Empire: Intel Could Buy Broadcom And Qualcomm Both 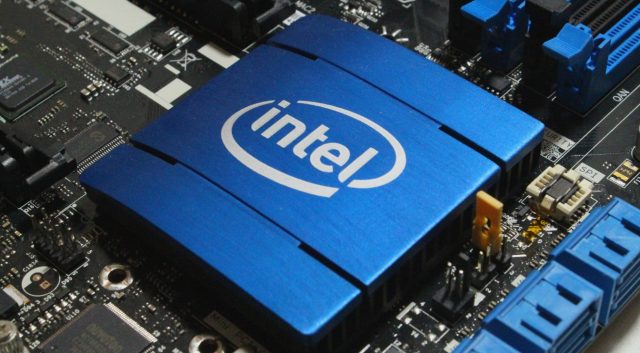 The US semiconductor giant Intel is apparently considering to actively interfere in the struggle for the acquisition of the competitor Qualcomm by the chip company Broadcom.Among other things, a takeover bid for Broadcom is also under discussion.

While Broadcom has been trying to pull through a hostile takeover by Qualcomm for several weeks, Intel is currently reviewing its options, according to a Wall Street Journal report. In addition to a number of other possible takeover candidates, drastic measures such as a bid to buy Broadcom come into question.

Allegedly Intel is already working since the end of 2017 together with a number of consultants at appropriate plans, whereby it is not confirmed that the semiconductor manufacturer will actually go forward with the plans. The ultimate goal is to combat the threat posed by the merger of Broadcom and Qualcomm with a significantly larger competitor.

If Intel actually made a takeover offer for Broadcom, it would in reverse, possibly even become the owner of Qualcomm, if the current takeover battle goes in the favor of Broadcom. Overall, a deal of enormous complexity would arise, which should also be extremely expensive. Broadcom currently has a stock market value of nearly $ 110 billion, while Intel brings it to at least $ 245 billion. Qualcomm, on the other hand, is well worth $ 93 billion. In order to carry through such a mega-deal, Intel would probably have to fall back on shares as additional means of payment because of insufficient cash reserves.

The scattered rumors are curious above all because Intel and Qualcomm are traditionally tough competitors. While Intel dominates the weakening PC market with its x86 processors, Qualcomm is not only the dominant provider of smartphone platforms but has also been trying for some time to establish ARM-based chips as the basis for Windows systems, thus attacking Intel directly. Intel, in turn, is making life difficult for Qualcomm by trying to accommodate its cellular modems in the devices of manufacturers that previously relied on Qualcomm technology. Most recently, Intel was a huge success, because Apple now uses its modems in the latest iPhone models. By eliminating large orders from Apple, Qualcomm lost one of its most important sources of revenue.

If Intel actually makes a takeover offer for Broadcom, it could possibly take over Qualcomm too, which would develop a huge group with an extremely broad product portfolio. Then there would be ARM and x86 CPUs from a single source, with the resulting company having an absolutely dominant position in both areas. It is therefore unlikely that the project will actually succeed since the competition authorities of various countries are likely to raise considerable objections.