In 1998, Intel and Real 3D co-developed their own first, also the “last” a discrete graphics card – i740. Because its 3D graphics performance has a good performance, i740 was introduced, and a lot of users and graphics card manufacturers still recognize it. Now, Intel has rekindled its interest in discrete GPU. 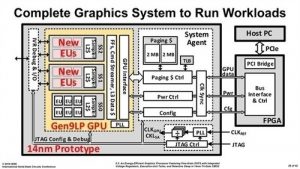 From there on, Intel continued improving its graphics cards.  After i740, Intel made the i752 graphics chip integrated into the 810 chipsets. However, in 1999 Intel’s Real3D company collapsed due to poor management, making Intel completely abandon the development of independent graphics and production planning, and turned to integrated graphics development. So, in the eyes of the public, Intel and discrete GPU have always been difficult to link together.

Also Read: Intel Presents Its Prototype For A 5G PC Ahead Of The MWC

In fact, in the past 30 years, Intel did not make much in the field of discrete GPU, but from time to time there some related news would burst out. In 2009, Intel released the graphics card code-named Larrabee GPU after a lapse of ten years, but the project was canceled by the end of 2009 due to performance and driver development lagging far behind the original plan.

If you put aside the “discrete graphics” category, then, Intel is actually very strong. Bundling” the GPU with the CPU in an integrated way, leaving almost every computer with an Intel Core Display, a large number of industrial and enterprise PCs and almost all laptops with Intel Core Display are some of the feathers in Intel’s cap. In this context of reality, it is difficult to understand why Intel didn’t make headways in the discrete GPU market.

However, since last year, Intel’s interest in graphics cards seems to have reignited and a lot of things made it apparent. First, AMD graphics chief Raja Koduri was hired by Intel and then at the end of February at the ISSCC 2018 International Solid-State Circuits Conference, Intel announced a prototype GPU of 14nm. From this series of moves, Intel seems to have a new strategic layout for discrete GPU.

So, if Intel regains interest in the graphics cards, then what areas will affect? What role will Intel play in the graphics area? We cam combine Intel’s layout in recent years to carry out analysis. Intel has a very special place in the GPU world. On the one hand, Intel has taken a very high market share from the GPU market based on NUC, which is Intel’s strong side in the field of GPUs. On the other hand, we have NVIDIA and AMD. These veteran GPU chip manufacturers dominate the discrete GPU market. 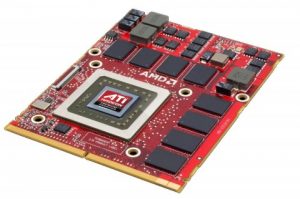 For the past ten years, Intel, which is rooted in the PC field, did not blindly focus on the development of discrete graphics. Instead, it focused on CPUs and integrated graphics, core graphics, R & D. To a certain extent, this helps Intel to gradually gain a foothold in the competition in the field of CPUs and become one of the top supermarkets. If there is no such resource tilt but Intel is faced with multiple competitors, how much Intel will be successful in the GPU market is difficult to predict. It is also in these ten years, NVIDIA and AMD have become industry leaders in the field of GPU.

Today, the dominance of the PC semiconductor chip industry is concentrated in the hands of both Intel and NVIDIA. Intel holds the absolute share of the PC processor market, although this is a manifestation of strength, from another point of view, if you do not do new breakthroughs and stick to this area, it will be difficult for Intel to achieve a higher growth. Therefore, we can see that Intel has started to seek business transformation in recent years and has pioneered many fields such as artificial intelligence and driverless driving.

In addition, from the seventh generation of Core Duo to the eighth generation of Core Duo update, Intel’s core graphics card upgrade is at a standstill. It also shows that Intel seems to have rethought for the future development of Core Graphics. To regain relevance and leadership in the development of independent graphics cards, in terms of the traditional PC industry, Intel will have to make a breakthrough in the field of GPU outside the CPU. Although it may be a positive competitive situation with NVIDIA, and the ability to quickly grab more market share from NVIDIA, AMD is also a question mark, but with Intel’s technical strength and economic strength, hard work is not something difficult to do. 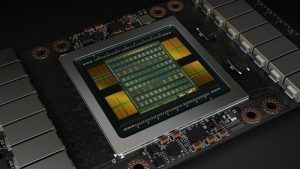 More importantly, it may also be Intel’s determination to develop a discrete graphics card at its root, helping to lay a more solid foundation for future competition in the artificial intelligence and driverless areas.The rise of industries and technologies such as artificial intelligence, driverless cars, and blockchain has made NVIDIA worth $ 140 billion today. Among them, GPU powerful floating-point computing power is the key, which also allows emerging industries increasingly recognize the value of NVIDIA.

In recent years, Intel also has comprehensive and in-depth technical input in these areas. On the hardware, Intel builds an ecosystem based on Xeon processors, FPGAs, visual computing sticks, and a combination of various optimized open source libraries and framework platforms to provide developers with a complete solution. However, hardware such as CPU and FPGA are the foundation of the R & D platform in the emerging technology field, but ultimately they still have a certain gap with the GPU in terms of efficiency and applicability.

In this world, it is only natural for enterprises to chase profits, and the fortune of competitors cannot easily be overlooked. The development in the field of core graphics card, in fact, has reached a certain height. On the one hand, AMD APU has long been under pressure and on the other hand, has also completed its initial goal: to completely replace the low-end entry-level significant position. But in emerging areas such as artificial intelligence and autonomous cars, it is hard to make a difference.

Also Read: Intel Inside Program Has Been Shortened

At the same time, in recent years, Intel’s emphasis on emerging fields will only be higher than that of the traditional PC field. However, the importance of GPUs in the emerging fields seems to have surpassed that of the CPU. Therefore, the development of a discrete graphics card is of great importance for the present and future emerging areas of Intel.

Taken together, Intel shows new interest for independent graphics R & D, for the traditional PC industry and artificial intelligence, autonomous cars, blockchain and other emerging industries, and realizes that they are of great significance. Intel’s interest in graphics cards has a strong impact on the traditional GPU field. The disclosure of the specifications shows that the performance from Intel alone will not be too strong, so its positioning may also be very different with NVIDIA, ADM.

NVIDIA GeForce and AMD Radeon were designed for games and video graphics design. The Intel-based graphics cards are to be mainly used in enterprise-level, servers, and other fields in order to achieve more efficient accelerated computing. There might be a follow-up to develop more powerful discrete graphics to compete with NVIDIA and AMD.

Also Read: AMD Is Also Answerable In The Court For Spectre Attacks

Because of artificial intelligence, autonomous cars, blockchain and other emerging areas, the significance of discrete graphics cards is greater than ever before. In the recent years, the entire market situation for the  PC industry has changed and there is saturation.  However, for Intel, which is not comfortable with its current business, it is even more important to achieve breakthroughs and growth, grasp the development in emerging areas and build a new ecology.

Therefore, the development of discrete GPUs can help Intel to diversify and branch out. Let’s see how it goes.