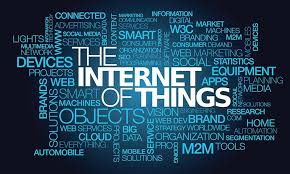 Internet is everywhere today. Due to the far reaching web of the internet and smartphones and smart devices as well as the very frequent use of these devices from users all around the globe there has been great many additions in the dictionaries regarding technology related language. Many new concepts have sprung up because of the internet like websites, Search engine optimization, protocols, modems, 3G, 4G and many more. One latest concept that is becoming very popular with every passing day is the Internet of things. It is also called the internet of everything. People usually confuse this concept with many other things but it has a specific meaning. In this article we would discuss this term Internet of things in detail and try to clarify its meaning.

Also Read on technology Will WhatsApp’s Call Feature Be The Demise of Viber?

There are many types of smart devices all around us like smartphones, tablets, smart watches, smart bands and smart key chains. Because of so many devices having the ability to be autonomous and communicate over the internet, the internet of things came into being.

The internet of things is basically inter connected physical devices including objects, humans or animals that can be identified by an IP address and are able to communicate in the form of sending, receiving and processing data. The devices can communicate with the help of sensors, processors or other hardware. The internet of things is not just limited to devices. It can also include buildings and vehicles. In fact people are dreaming the dream of smart cities that can be monitored in real time and be safe and environmentally friendly.

Also Read How to manage multiple user accounts on your android device?

Examples of internet of things

In everyday life we all are generating data in different forms. For examples human beings generate temperature data, pulse, blood sugar and heart beat data. Using smart devices like blood pressure monitors, pulse monitors and other body examining hardware we can generate a continuous stream of data, save it and monitor it at regular intervals. This helps in better understanding of a person’s vitals by doctors or even by the person himself. Using weight watchers and calorie counters, people who are trying to lose weight, can do it in a better and more efficient way. 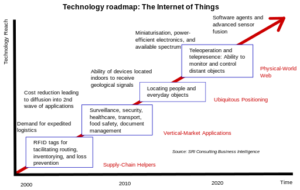 Another example is smart buildings, where there are sensors on electricity meters, smoke detectors, fire extinguishers etc. The meter readings are continuously recorded and the machine is made to learn the normal patterns. Whenever there is an irregularity in the patterns the sensors will send a message to the authorities. If the smoke detector is not working, a danger signal is generated in the system along with the id and location of the faulty smoke detector. The heating and cooling systems are also monitored and a controller is given, usually in the form of an App, that can be used remotely to change the temperature settings of the building.

History of internet of things

The idea of internet of things is quite old and it emerged in early 1980s. When the internet started to become common, the people naturally started to think about extending the networking from just computers to other household devices also. Soon connecting the people and other living things also came into the scope. The term internet of things was first used by Peter T. Lewis in 1985 in his speech that he gave in front of audience from US federal communications systems. The concept started to become popular in the 1999 and communicating people, processes and devices for remote monitoring and control became the chief goal behind many new innovations. The Auto ID center at the MIT became responsible for developing the architecture for the internet of things.

The first step was to determine unique identifier for all the objects that would be connected to the network over the internet of things. At first the radio frequency identifiers were considered as a solution to this identification problem. Other identifiers that are used include barcodes, QR codes and digital water marking.

Now the IP addresses are the main source of identification of the objects that are connected via the internet over the internet of things.

Basic architecture of internet of things

Although the architecture is quite complex and would require a separate article to explain here we briefly describe the main layers that constitute the main architecture of the internet if things.

As it is an emerging technology the architecture is also in a developing phase and can change according to different events. It is basically an event driven design and require a power scalability model. Because new devices are continuously being added to the system, so basing an internet of things model on scalable platforms is necessary. The computational structure should also be very strong as the data is a continuous stream and would not stop at any moment. So the computational speed must also match the speed at which data is being generated. In the computer science language it is called a chaotic environment because of so many autonomous bodies involved. 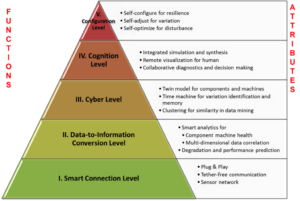 Some reservations about internet of things

There are some reservations regarding the internet of things. Using so many semi-conductors and other metals in devices can result in an adverse effect on the environment. The electronics involved in the devices in internet of things are replete with heavy metal and even rare earth metals. Not only recycling of these metals is an issue but also their cost of mining and their naturally depleting occurrences can cause environmental damage in the long run.

Secondly whenever the remote monitoring is involved the issue of rights of privacy will occur. There is no shortage of people who would go to any level to avoid surveillance cameras, remote sensors and CCTV photos. Even if these are meant to provide safety to the common man, people are not willing to give away their privacy at any cost.

Would you like to be a part of internet of things? Or are you already? Do share with us in the comments section below.

Also Read Why WhatsApp Plus Was Blocked by WhatsApp?