On 8th August Apple released the latest upgrade of iOS 10 beta version 5, and as every beta update does, it recovers many previously encountered issues in its previous release of beta 4 which was a week before. Beta 5 was released to both public beta testers and developers with Apple still striving for greatness in tits future upgrades.

This unveiling also include macOS Sierra, watchOS 3 and tvOS in the  fifth developer beta. In the several former releases of the iOS 10 beta versions, and the testing process has brought to light some issues and bugs that Apple seems to be constantly working on.

This update is available to all iPhone users that have successfully installed the previous 4 beta versions. In iOS 10 beta 5, Apple introduced some major and minor fixes that include Apple iOS TV interactive bugs, connectivity and Bluetooth problems, App Store application issues, trouble in  iM messages, issues in the wallet phone application as well as many related issues.

Some very slight tweaks include: displaying 911 emergency calls – Dialing” rather then “911 Dialing”  when an emergency call is made, even if a native music application is deleted, the device can still play background music, that goes for third party applications as well. 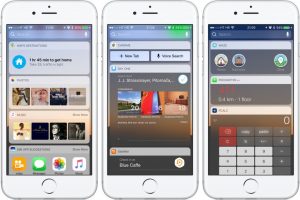 Upgraded Output Icon: Some slight adjustments have also been made  in the Control Centre music panel like the output icon which was previously a set of headphones, is now changed to look somewhat like a sonogram.

Lock Screen: the lock scree tone is altered again and sound more like a door slamming.

Settings:  The home option available in the settings area has been now removed because of its little or no practical use in the device.

Smart Battery Case: Apple now claims that iPhone 6 and 6S will no longer cause trouble with the Smart battery case without causing anymore issues or troubles.

Photos: Apple has also made some improvisations in the existing features like facial recognition, artificial intelligence applications of pictures which will allow its users to make better use of the scanning integration feature and all the favorited data will now be reset.

Swift Playground: A few upgrades have also been introduced in the  iPhone’s Swift Programming applications, that enables users to code with ease and the most basic programming understanding  now with Beta 5 update includes Swift Playgrounds, which educates users on how to optimize one-line instructions condition code and logical operators to code. Apart from novice programmers, Pro coders can also avail this feature to test out their algorithms and build their own “island” outside Byte island. This application also features new Graphing Templates along with Answers, Shapes and blank template. This is also included in iPad’s version of Learn to Code Part 2.

This release also came with exciting news for iPhone 6s, iPhone 6s Plus and iPhone SE users as Apple introduced voicemail automatic copy feature. Before making iPhone and iPad touch IDs, users were required to enter their passwords every time the device reboots and after users make a purchase of an application, they need to re-authorize the Apple ID and password. After this upgrade, the users are no longer bound to re-authorize passwords or enter a password on each reboot and also no consent needed for downloading free or paid applications.

With the new upgrade macOS Sierra beta 5, is now able to support Apple Pay Apple Watch and Apple Pay Mac models along with some minor fixes. This update does not add other features however targets some known vulnerabilities. The developers however can obtain this version from the Mac App Store and the previously registered developers need to download the recommendation if they want to test their code. This production is made to aim at developers who have not yet installed the macOS Sierra Beta. For developers who have installed the previous  macOS Sierra 1-3 updates can upgrade by the Software Update” area on their devices. And if you directly want to jump to test the new macOS Sierra beta 5, then you need to register on Apple’s website for issuing a referral code for the personal account. 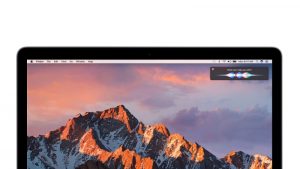 However nothing major has been changed in tvOS 10 beta 5 and watchOS 3 beta 5. In watchOS 3 beta 5 Apple has fixes some vulnerabilities with Siri , one of which was that Siri wasn’t able to delete a user when asked so by the device owner. For upgrading the watchOS 3 beta 5 go to the Apple Developer Center configuration file and update in the form of OTA, same goes for tvOS beta 5 10.

WatchOS 3 brings a lot to the table when it comes to optimizing the Apple Watch response speed and more available to API developers  as declared in the previous WWDC conference. watchOs also adds a new interface with Mickey & Minnie, digital / analog clock and more intuitive and concise manner that’s brings a lot to enhance the user interface experience.

Coming towards the tvOS, its exciting add-ons include a much more intelligent Siri and users can now take advantage of Siri achieve more personalized search. There is also an addition of a darker theme which is like a blessing in disguise for all coders.

Having said all the new features, we must advice iPhone lovers to keep a backup of your essential data before obtaining developer and user beta to avoid any losses.