Home » Blog » Is This What iPhone 8 Will Look Like? 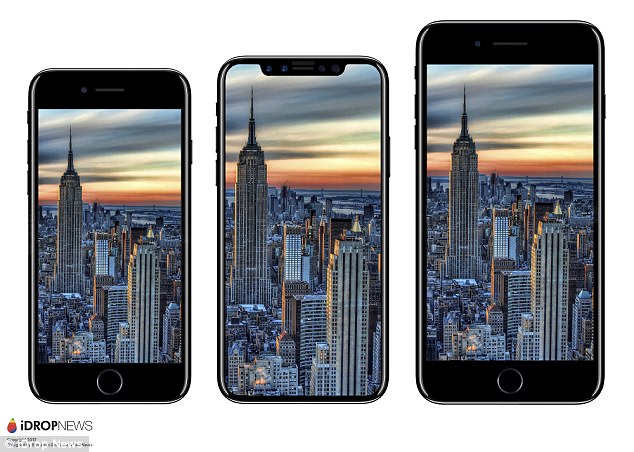 The highly awaited iPhone 8 will be much heavier than the iPhone 7 but it will be smaller than the 7 Plus, according to some leaks. The leaks predict that the iPhone 8, which is slated for release in September, will measure 143.59 x 70.94 x 7.57 mm. 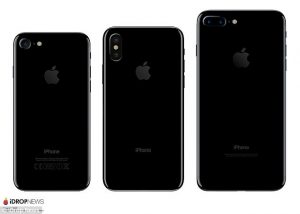 If you talk about the size, iPhone 8 is somewhere between iPhone 7 and iPhone 7 Plus. As it probably does not have the Home Button, the screen is larger than that of iPhone 7 and iPhone 7 Plus. Leaks show that the iPhone 8 will be thicker than the iPhone 7 Plus. iPhone 7 Plus measures 158.2 x 77.9 x 7.3 mm. The leaks have been received from factory workers who have intimate knowledge of Apple’s latest creation. The leaks also confirmed that iPhone 8’s front screen would be edge-to-edge. According to the leaks, iPhone 8 screen size is similar to Galaxy S8, but the body is smaller. The screen also looks marginally smaller than Galaxy S8+. The leaks also revealed that the iPhone 8 will have a dual camera on the back. One camera would be at the top of another, and there would be a flash in between. This confirms what the previous leaks revealed. The front of the phone will probably be all display with only a tiny space at the top for camera and sensors. The leaks also revealed that the new phone will probably have a Touch ID fingerprint scanner that would be embedded in the main display. 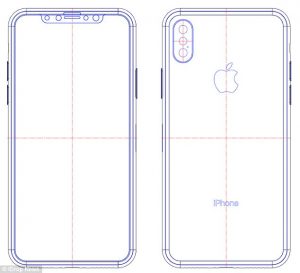 Also Read: The iPhone 8 Leaks Might Be A Disappointment For Apple Fans

The protective cover of the iPhone 8 part of the design details. The power button is located on the right side of the fuselage and the volume key is located on the left side of the fuselage. In addition, the bottom might not have a 3.5mm headphone jack, but only a lightning interface. Apple this year planned to launch three iPhones: iPhone7s, iPhone7s Plus, and iPhone8. iPhone8 will use double glass and metal frame design style, and the whole glass shell will be the key to the application of wireless charging technology of iPhone. There will be no physical Home button, the display will have an edge to edge design, and the borderless display will be embedded in Touch ID fingerprint sensor and camera. Because iPhone8 will be an unprecedented upgrade in the iPhone family, because of the design, configuration, screen, shape and so on, it will be pricier. iPhone 8’s final price will be 1000 dollars. Due to shortages of some parts and components, the launch of iPhone 8 might get delayed.

These are just leaks, and you may never know what the final product will look like before it is released!