iPhone May Begin Using OLED From The Next Year 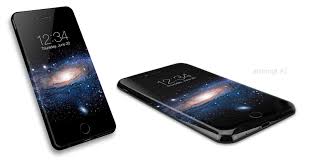 Apple plans to launch three iPhones with OLED screens from the next year. It is interesting to note that right now Samsung Display is the only company that makes OLED screens. Does it mean that Apple will be getting its OLED screens from Samsung? Only time will tell, but Foxconn’s Sharp is also increasing its production.

OLED is the latest, superior technology that has darker blacks and offers better power consumption. The iPhone 8 will also have an OLED screen. Basically, iPhone will be testing the waters with iPhone 8. We cannot say yet what the size of the OLED screens would be. Apple doesn’t really want to rely entirely on Samsung for screen supply and understandably so! Last week there were rumors that Apple will work with LG and invest $ 1.75 billion to get more OLED screen supplies. Apple hopes to invest in LG after the show can be set up specifically for Apple orders for Korean display manufacturers of the new OLED production line. However, at present to LG’s OLED production continues to improve.