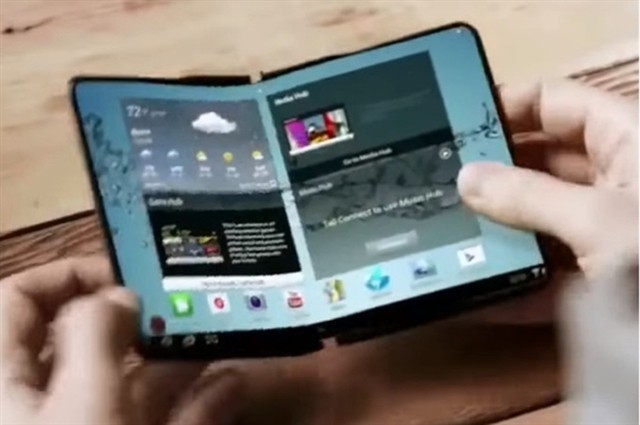 Samsung has decided to provide its users with best quality and amazing designs and innovations. The last Samsung flagship S8 and S8 plus is among the top mobile phones of 2017. Even the Galaxy Note series is among the best mobile phones. So now Samsung pleases its followers with Samsung Galaxy X.

read more Samsung Galaxy S9 Will Be Launched In March

However after the groundbreaking infinity display now Samsung wants to woo the ardent fans and followers by a feat no mobile manufacturer has achieved yet. It is going to provide a fold able device. it means a very large display. The fold able screen phone will be released in November, so the fans have to wait quite a lot. However the final designs will be released in September. Name of the phone is not final yet, but it is widely speculated to be called Samsung Galaxy X. It might not be a very unique or distinguished choice of name as we already have Samsung Galaxy X just released, however a change from regular S series is good.

The folding screen is supposed to provide supple flexibility, with opening and closing of the screen to be as easy as that of a book.  Samsung Galaxy X models have been confirmed as SM-G888N0. Elsewhere, the aircraft can be deployed 180 degrees, with two hinged AMOLED screens. Samsung’s research and development work has been accelerated, and has been booking a number of mobile phone components, can produce about 2,000 to 3,000 dual-screen devices.

Are you excited for this new design in the Samsung Galaxy series. Would you prefer a folding mobile phone to a simple one or not? Let us know about your views in the comments below.