Is there a GOD? 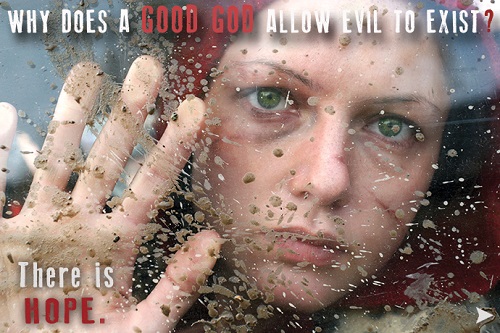 Everything has a cause. This very world, earth, solar system must have begun from something and the creator is God. He placed everything in order, formation and elegance. It is a purposeful world. Complexity of life and nature defines itself that this might have been designed and created by some Divine Might.

But the question arises when the evil comes into being. Roughly there are two types of evil; Natural evil includes volcanic eruptions, floods, hurricanes, tornadoes, whereas Moral evil includes stealing, war, lying, and killings. As a human being with the power to judge, feel and realize; if there is a God then why is there negativity in the world?

There is so much of suffering in this world, wars poverty, disease, floods nuclear destructions. Hiroshima still remembers that drastic devastation, the recent attack at school in Pakistan; leaving hundreds of parents crying, Boston bombings, Chernobyl disaster are few other that made a great impact on human lives.

Then the brain questions why God let 6 million Jews to be killed by Nazis? Why God lets 6 people ruin a girl in a bus? Why people die of hunger? He even lets Israeli forces kill hundreds of innocents and even lets Jihadi John kill someone so fiercely and show it up to the whole world. Our God can’t be so harsh to His own creation.

Almighty gave us freedom to choose between right and wrong. Nazi’s and Jihadi John chose to do wrong through ignorance and prejudice. It’s not God who caused this suffering, we humans caused it. Humans misused the freedom granted by Him, we caused this suffering. If we always do everything right, we would just be unthinking machines. Many types of natural evil could be destroyed if we use minds over them as famine and diseases. Volcanoes, earthquakes, death etc. are all part of a balanced life.

Sufferings help us to grow in life and learn. Fire used to cook our dinner could burn our fingers if we put them in the fire. God have created life and death, and have given us the power to decide, He will reward us in the hereafter accordingly.

Quran says; to those who do right is a goodly (reward) – yea, more (than in measure)! No darkness nor shame shall cover their faces! They are companions of garden; they will abide therein(10:26)