Jack Ma Says That Alibaba Is Not A Foreign Funded Enterprise 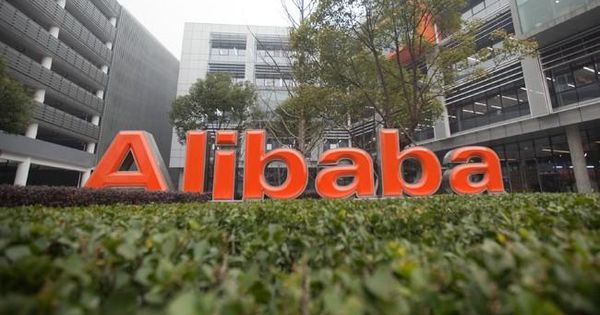 Jack Ma recently said that Alibaba is not a foreign-funded enterprise, but it wants to invest money in global research program.

Ma said that many people say that Alibaba is a foreign-funded enterprises, and this argument is not correct. Alibaba can be compared to other enterprises, but it can make better use of foreign capital, serve the Chinese enterprises, and listen to the Chinese service providers. Jack Ma is optimistic about the future development of Alibaba.

At the end of last month, Alibaba Chairman Jack Ma attended the Bloomberg Global Business Forum in New York and subsequently accepted an exclusive interview with Bloomberg Television. Ma talked about the future of the scientific and technological revolution and the employment opportunities of young people, and said Alibaba is not an electric business.

Speaking of Alibaba’s future development and competition with the Amazon, Ma said that Alibaba has been focused on giving power to small and medium businesses, and their goal is to cultivate more companies to become the new Amazon. Ma said he took little time to study how to compete with Amazon, and more to study what can be learned from Amazon.

Also Read: Jack Ma gives us insight about the future of technology

Alibaba recently announced that it plans to invest more than $15 billion over the period of next 3 years into global research and development. Through R&D, Alibaba wants to develop new technologies and increase collaboration.The program is called DAMO Academy (the Academy for Discovery, Adventure, Momentum and Outlook). Alibaba will open seven research labs in Bellevue and San Mateo in America, Tel Aviv, Singapore, Moscow, Beijing and Hangzhou. 100 researchers will also be recruited for the labs. The labs will take on projects in the areas of Internet of Things, data intelligence, quantum computing, financial technologies, and human-machine interaction. They will also collaborate with institutions like the University of California, through its RISE Lab.