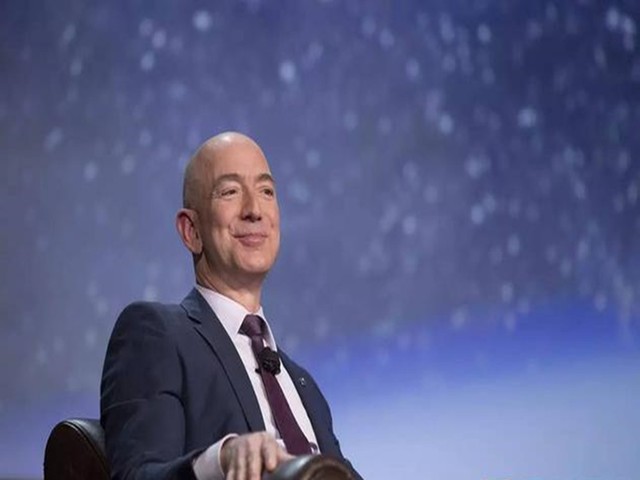 Jeff Bezos’ Amazon has become the greatest online shopping and retail hub. According to estimates, this year in the holiday season, 89 percent of the shopping in America has been directly through Amazon online store. Amazon is literally selling everything under the sun.

Jeff Bezos has the greatest net worth ever 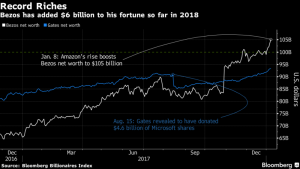 So after this successful holiday season, the shares of Amazon has been all time high with 57 percent increase, making Jeff Bezos’s net worth topple the 105 billion mark. This is more than what any billionaire was ever worth standalone, before. Even Bill Gates, the former CEO of Microsoft was never this rich. This creates a new record for Bezos, although it seems that amid is jam packed schedule, he is least bothered about breaking records about wealth and money.

Jeff Bezos fortune crossed $100 billion first time last year after black Friday. Since then it has been on the rise as holiday season cajoles users to spend and spend more. It was easy to take over Bill Gates, his fellow billionaire with whom Bezos shares the top 2 billionaires of the world spots, with one surpassing the other or vice versa, as Gates made grand donations to his Melinda and Gates foundations. If Gates had not been so philanthropic, his assets would easily have been worth more than 150 billion net worth.

Apart from the riches, Bezos like to lead a quiet life with his wife, author Mckenzie Bezos and four kids. He ends each of his day by washing dinner dishes every night.

Do you think Bezos deserves the top billionaire spot? Let us know what you think by commenting below.