KPK AND THE SO-CALLED CHANGE 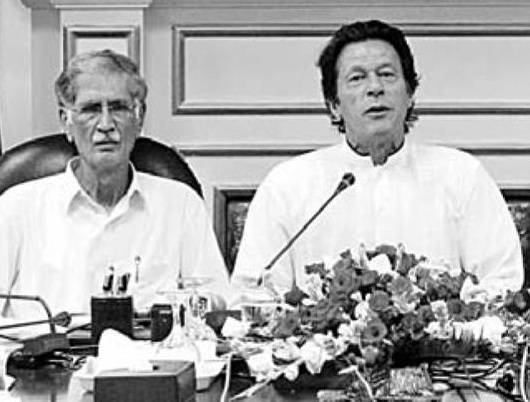 Since 2011, we have been tolerating the ‘Tabdeeli’ rhetoric in Pakistan’s political arena, and eventually the founder of this rhetoric managed to form his government in KPK. He is being tested to show the change which he wants to bring in Pakistan: to show how he can extirpate corruption in 90 days; how education and health sector will soar to benefit common man; how economy will show a boom. Conclusively, to show, is he capable to revolutionize Pakistan’s system?

And now after 3 years the question arises: is there any real change in KPK? Is PTI successful in revolutionizing the system at provincial level? Is Imran Khan justified criticizing Sharifs for their missing priorities?

It’s evident, that there is no revolution in KPK, but simultaneously things are not that cold as some people might think. The rivals blatantly snub any changes in KPK, while staunch PTI enthusiasts believe that Imran Khan is the only hope for Pakistan, who can bring this country out of all the problems it is facing right now.

The changes in KPK are not palpable for several reasons: one of the biggest reason is that these changes are legislative. From very beginning, PTI is endeavoring to induce changes in KPK law, which is necessary to revamp the beauraucratic structure of the province. There are several important laws (Right to Information, Conflict of Interest) which are being introduced, and brought revolutionary changes in KPK laws. If these changes are revolutionary, why there has been no evident change in KPK? Why these laws are not directly affecting the common man?

The reason lies in the fact that, in Pakistan, societies are more powerful than state. Parochialism deters penetration of change in system, because political eunuchs can only survive with the status quo, and any change in the system can radically affect their political support. These laws are implemented, but resistance is also very strong and controversy of Ehtisaab Commission supports this fact. Pragmatism has become inevitable, and an experienced politician, like CM KPK is the only person who can lead a coalition government with such staunch opposition, hence this hinders any radical change in KPK government.

Out of all measures, police reform is the only measure that apparently came in lime light, and enjoyed praise from opposition also. Hitherto, police has become an independent institution in KPK, with IG (Inspector General) holds the right to nominate the higher police officials up to “Additional IG” (Police Act, 2016). Police will also be held accountable to Public Safety Commission, which will include officials from local bodies, eventually pulling police out from political web. These are some revolutionary measures that deserve appraise, but implementation will be a mammoth target for KPK government.

The most discussed sectors, health and education, have also seen changes but not being applauded as police reforms. The lack of symbolism and incompetence are two important reasons behind this demise. Alif Ailaan has shown improvement in enrollment rate and gender parity, but it requires some revolutionary changes in education sector to back Khan’s criticism against priorities of Sharifs. Imran Khan took measures to govern hospitals like private sector, but utterly failed, and again there had been substantial deterrence from doctors which slowed down the process.

It’s hard to speculate, whether by 2018, PTI will be able to claim a revolution in KPK, making KPK a role model, or will Imran Khan will just personify a demagogue to attract public support in next elections.

It’s high time for every political party to look after its doings and analyze whether they have substantially put their efforts to clinch victory in next elections.