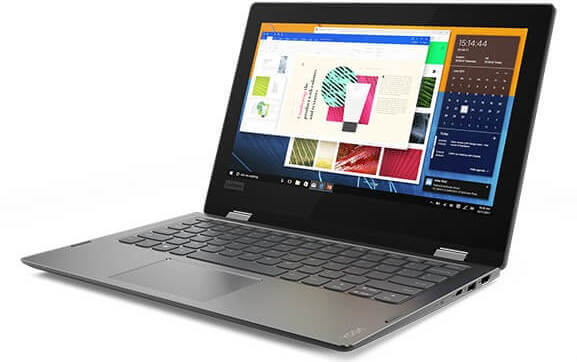 Lenovo is launching the IdeaPad Yoga 330, a new, compact, entry-level notebook that features chips from the new Intel Pentium Silver and Celeron series based on Gemini Lake architecture.The device is an 11.6-inch notebook, which can be astonishingly upgraded in terms of memory.

The Lenovo Yoga 330-11IGM will be equipped with an 11.6-inch touchscreen, which works with 1366×768 pixels and has a matte surface. Unlike most touch-enabled devices, the Yoga 330 will not shine so much and should, therefore, be better for outdoor use. Stylus support is apparently not provided.
Also Read: Lenovo Moto G5 Is The Phone For You If You Want Affordability And Durability

Under the hood is the latest Intel technology in the form of the Intel Pentium Silver N5000, which offers a base clock of 1.1 GHz and a maximum boost frequency of 2.7 GHz with four x86 cores. Cheaper models, however, get the Intel Celeron N4000, which also offers its two cores 1.1 GHz basic clock, but only reaches 2.6 GHz burst clock.

The economical chips are installed fanless and come with two, four or equal to eight gigabytes of memory used. Depending on the model, Lenovo also includes either 32, 64 or 128 GB eMMC memory modules or a 256 GB SATA SSD. If you buy the Yoga 330-11IGM in one of the cheaper versions, you may be able to upgrade it yourself with a SATA SSD, although it is still unclear whether the SATA slot is also available for the entry-level versions on the mainboard.

Lenovo is also missing a simple VGA webcam, AC Wi-Fi and Bluetooth 4.2 support for the Yoga 330-11IGM, which also appears elsewhere as the Lenovo Flex 6-11IGM. The ports are generous, because there is a USB 3.0 and a USB 2.0 port, a USB Type-C port, an HDMI output and a full-size SD card reader – the latter is almost nowadays threatened with extinction.

The battery of the Lenovo Yoga 330-11IGM with 36 watt-hours for the size of the device is quite neatly dimensioned and should be sufficient in everyday life for a running time of about six hours. The operating system running on the 1.25 kg heavy and just under 18 mm thick 11.6-inch notebook. Windows 10, which is used here in the home version – and not as Windows 10 S. When and at what price the Lenovo Yoga 330-11 comes on the market, is currently still unclear.