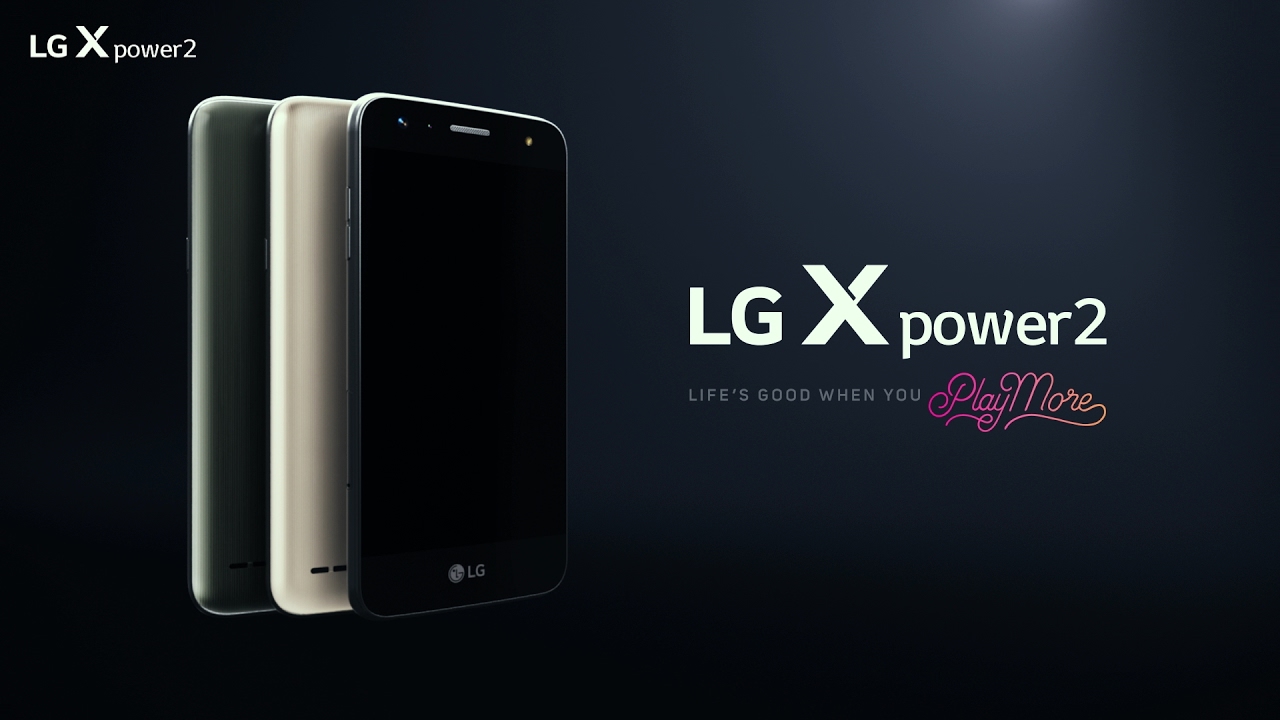 After the success of the 2016 LG X Power, the South Korean brand is back with a new phone in these series called the LG X Power2. It has a 4,500mAh battery. The phone can now be bought in Canada.

It’s called the LG X Power2 (with the two attached) and has the difficult task of making a better impression in terms of the size. The LG X Power2 is obviously expected to perform better than its predecessor. Let’s see if it has met expectations or not.

LG X Power2 is powered by a 1.8GHz octa-core processor MT6750, supported by the Mali T860 MP2 GPU and 2GB of RAM. The internal memory is only 16 GB, expandable via microSD. The sensors feature an accelerometer, a gyroscope, a compass, and proximity switch. On the front of connectivity it is possible to leverage data exchange in LTE, WiFi b / g / n, Bluetooth 4.2. There is also GPS and radio FM. The data and charging port is fixed to the standard micro USB but supports OTG technology. Surprisingly, it does not have a fingerprint sensor. The telephone and antenna parts of LG X Power2 are good and reliable but still stands out for signal quality and stability in data exchange. It’s average for the price range. The phone has good WiFi behavior and no problems even with GPS. The phone is not so fast and responsive, but with a little bit of patience, you can get by. For the average user, the performance will be more than dignified, and if you are used to interacting with the phone very quickly, navigate with many open applications, take advantage of multitasking, and do not despise any game, then LG X Power2 is not for you. LG X Power2 lost the compactness of its predecessor by taking on rather generous dimensions (154.7 x 78.1 x 8.4 mm). The obvious consequence is a difficult ergonomics despite non-sciatic materials. The back shell is plastic and can not be removed even if it looks like it looks like the frame is made of plastic (of the best quality). The design is not so impressive. The optimization of spaces and lines now outdated. The display is a discreet 5.5-inch IPS LCD panel with HD resolution. Pixel density is a little bass and in general the visual quality is just enough. The display is rather low-end. For this price, you would have expected something better. The audio compartment is entrusted to a mono speaker placed on the back of the wire with the body. The volume is not high and it is easy to go involuntarily to cover the output grid. The headset has good quality calling, with clear, noise-free audio.

LG X Power2 sees the presence of a 13 mega pixel led flash LED and a 5-megapixel wide-angle front sensor in this case accompanied by a flash LED. The quality of daytime shots is not bad, there are discrete details but the use experience is strongly limited by a slow and imprecise AF, which forces you to repeat the shooting more often to get satisfactory results. Photos at night leave a lot to be desired, they are from the entry level range without too much spin and do not fit LG’s X line. A bit better selfie, wide-angle cam can be useful but the quality is not high, at night you can take advantage of the front flash but do not expect miracles. Of the whole photographic sector, the most convincing aspect is the videos, well detailed and clear with the only justified lack of optical stabilization.

The battery of the LG X Power2 is pretty good. In fact, it is a smartphone that you can count on especially stressful days, but a series of small bugs and some chronic problem with Google Play Services do not make it a true champion of autonomy. The LG UX based on Android 7.0 Nougat proves to be enjoyable and complete from the point of view of functionality. There are not many advanced options in addition to standard Android standards, but you can customize them with theme packs, modify navigation bar buttons, apply audio and connectivity profiles, and splinter many pre-installed base applications and smartphone management tools. Particularly convincing are the calendar app, notes, Quick Memo Plus, phone app, and backup suite. The list price of LG X Power2 is 269 € (307 USD).

Compared to the model of the last year there was an inexplicable step back. Not only has the compactness been lost, but the photographic quality has also disappointed and leaves much to be desired.  The classic hardware upgrade has not been there and in general, you cannot see much care in the design and implementation of this smartphone.

LG X Power 2 is available in four colors which are shiny titan, shiny gold black titan, and shiny blue. For this price tag, LG X Power2 does not seem a good deal.