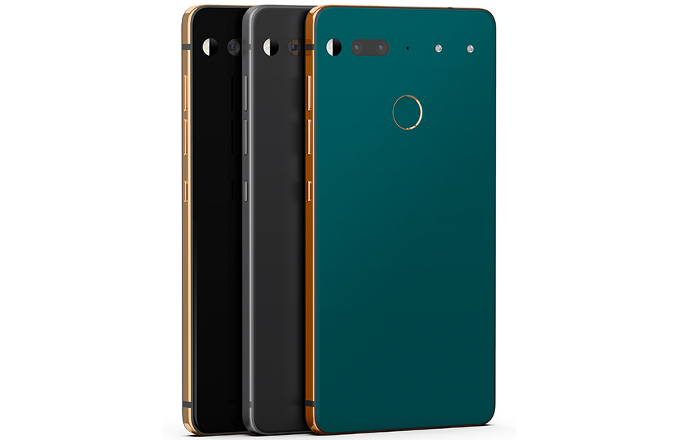 Andy Rubin’s debut venture in the field of mobile phone, the Essential phone failed to make any substantial sales. The only thing really distinguished about these mobile phone sets was their association with the name of a genius ie Andy Rubin. However despite of all this, Limited color editions Essential Phone are being released today across the markets and would be available in many countries of the world soon.

The essential phone no doubt had a hardware design that was unique and robust as compared to other mobile phones. However it was not as fast as was being expected. Also amazingly there were some software flaws, as reported earlier by us in the review. This was a huge disappointment given the fact that the creator of android itself was behind this phone. Still the sales would be so low, that was definitely not expected. Just 88,000 devices were actually delivered to buyers by the end of the year, said Francisco Jeronimo of market research firm IDC.

Now in order to revive the sales three new colors are being released for the same phone. The colors being released are Ocean depths, which is a mix of blue and turquoise, Copper Black, which is a beautiful deep black and  Stellar Gray, which is silver grey. All three colors are attractive and beautiful. However if there were some cool new features also added in the phones, then there might have been better chances of the Essential doing better for sales.

Do you like the essential phone and would be interested in buying it. Let us know by commenting below.