List Of Motorola Devices That Will Get Android O Update And A Shocking Name Reveal! 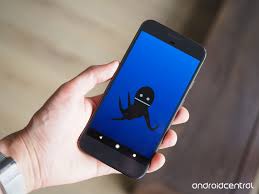 According to reports, this week, Google officially announced the Android O last developer preview version of the release, which means that the official version of Android O will be available soon. If you have a Motorolla phone, you might be wondering if your device will get an update. Here is an unofficial list of Motorolla devices that will get the Android O update.

But note that the update list is not official. We need to wait for the official announcement of Motorola. It was revealed earlier that Android O, keeping up with the earlier practices of Google, will get a dessert name too. It was presumed that Android O will be called Oreo. All this has turned out t be a speculation.

Google recently released the last preview version of Android 8.0. It is surprising that the logo is actually an image of a floating octopus. This was disappointing for some of the Android fans as an octopus is most certainly not a desert. It is interesting to note that Android O is actually Android 8, and octopus has 8 legs too!

As for the release of the official version of Android 8.0, there are rumors that the release date might be August 8.