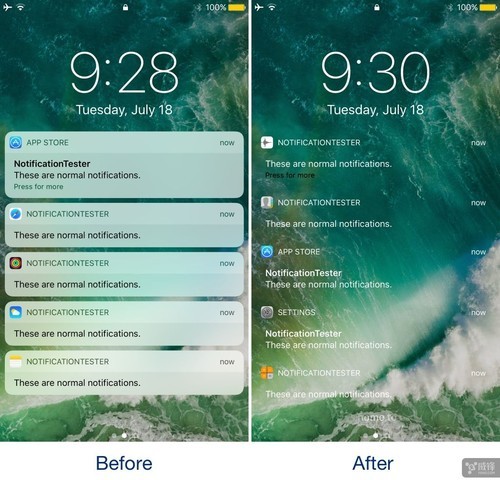 A jailbreak plugin called TransparNC (iOS 10), will make your iPhone lock screen interface and the notification center messages transparent and will eliminate the banner and background of the notifications. 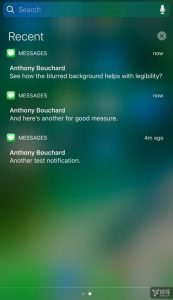 At first glance, the notice banners appear to be more confusing after becoming transparent but you will get used to it. The most critical thing is that such changes make the user interface more user-friendly. In addition to the lock screen interface and notification center, the rest of the notification banners will not change.

In fact, TransparNC (iOS 10) is just intended to beautify the user interface, it does not provide users with any configuration options. Its role is to lock the screen interface and make notification center messages transparent. Of course, we can look forward to more functionality in the future versions.

At present, this TransparNC (iOS 10) plugin is free. You can get it on Cydia.