Meet the most beautiful team of Pakistan

Home » Blog » Meet the most beautiful team of Pakistan 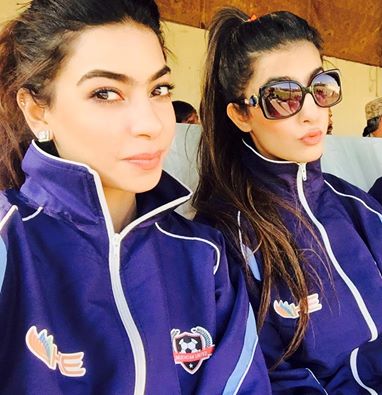 Asian beauty has always been a symbol of attraction and recognition for the Indus land for centuries.  With wide set eyes, long hair, dark eyes, full lips, clear light skin, high cheekbones, a short peck-ish nose and relatively small lower faces of Asian beauties have been attracting beauty lovers from all over the world like bees to honey for long past times. This beauty is nowadays clearly seen gaining fame in various industries like tv but the country had a pleasant surprise when this inherited trait of this realm was recognized in as sturdy a field as football.

The pretty ladies of our national women football team are quickly gaining popularity. You ‘ll start loving football after you see these models looking girls wearing green kits in a game. Hot sports ladies have been known to catch attention for both their talents and looks like Maria Sharapova and Alex Morgan but now is the time for the pretty ladies of Pakistan to set fire on the grounds of football with their stunning looks and performance. 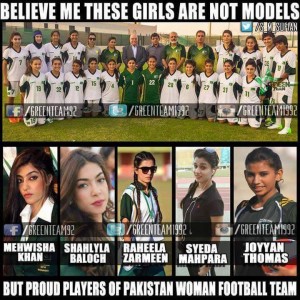 This team after surfacing from the men dominated field of sports has gone viral and on the lips of every one nowadays. The National Women Football Team of Pakistan is not only incredibly talented but also amazingly attractive drawing attention of not only football lovers towards the female gameplay of this sport but of everyone. The team is playing for the Country in the Women FIFA World Cup and has represented the country before a lot of times in the South Asian games. These ladies play their role as an epitome of enthusiasm and fortitude. Especially doing so in a man dominated field and that too living in a man driven country where we have seen female domination at its worst is quite a feat.  Let us peak into the profiles of these beautiful ladies. Let us meet the most beautiful team, the women national football team.

Starting with the force behind this energetic team. Raheela 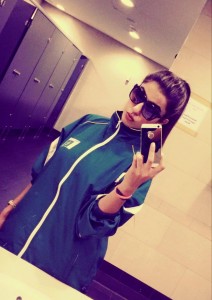 Zarmeen is the 22 year old manager of this team as well as the Balochistan United Football Club. Do not do the mistake of mistaking her as just a pretty face. Raheela Zarmeen is a resolute manager who is determined to proceed towards a prestigious master’s degree in January and become t 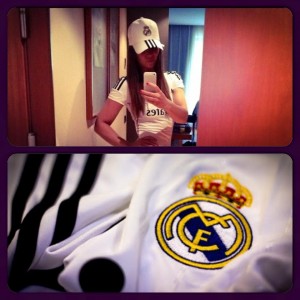 he first Pakistani to get it from FIFA. She is quite in contrast with  our image of an experienced white haired old man in a jacket and muffler as a manager, and proves that someone as young and gorgeous as her can play the same role with the efficiency. She may be no Ancelotti or Mourinho but she is definitely the one in this team to play their roles and that too with excellence. She loves football and has herself performed well as a professional player from 2006 to 2010 but now she has found herself a new path to quench her thirst for the game as the person behind the stage, yet controlling it.

Followed by the manager is the leader of the team. Hajra Khan 21 is the captain the of the team and is undoubtedly the jewel of the case. Hajra is god gifted with her showcase full of trophies and medals. Along with these athletic feats she is an alumni of as prestigious an institute as the Lahore 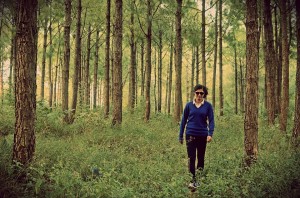 e School of Economics. She is truly a lady of accomplishments . Hajra is one of the two players to play in Maldives which is the first time, a woman player from Pakistan has grabbed this honor. She has a record to her name of scoring the most goals in the 2014 National Championship by scoring undefeatable 30 goals. 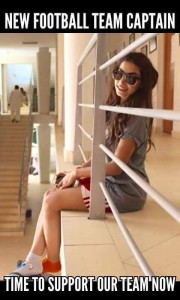 The famous number 7 which has always been worn by people’s champs of various teams like David Bekham and Christiano Ronaldo is worn by the pretty Shahlyla Baloch in this team. She is a deadly striker and plays  for both, the national team and her club. Recently she achieved big by signing a contract with the Sun Club in Maldives along with her two team mates from the Balochistan United Football Club. Shahlyla who is 18 is 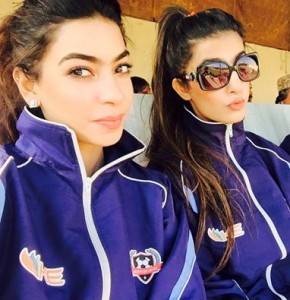 the younger sister of the manager Raheela Zarmeen.  She loves playing at the position of a striker as she says that she loves striking a goal that makes her team win. This amazing football player is deadly to the defence of the opposition and knows how to strike a pose as well.

Syeda Mahpara is just 21 and plays as the goal keeper for the national team as well as for the BUFC. She is known 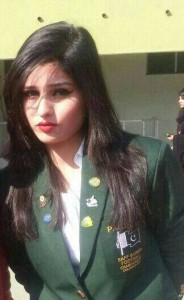 as THE WALL in her team members. She has a number of feathers in her cap including the Best Player Awards in the SAFF 2011 games and the Best Goalkeeper award in the same games and in 2014. She loves playing as a goalkeeper and has been playing at this position for her whole career. She is the best at what she does in the country and is determined to play and give her best for the country. 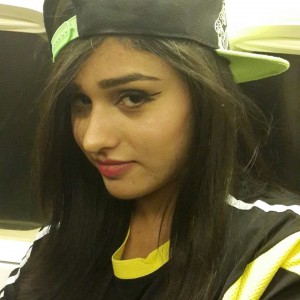 Well if you weren’t a football fan before this then you might want to think again as these beautiful ladies full of talent and skills are bound to turn heads when they walk into the field and you can’t help developing a crush on any one of them. Let’s support our team and help them conquer new grounds and raise the flag of Pakistan, thus making us prouder Pakistanis.

I am officially a football fan  now.