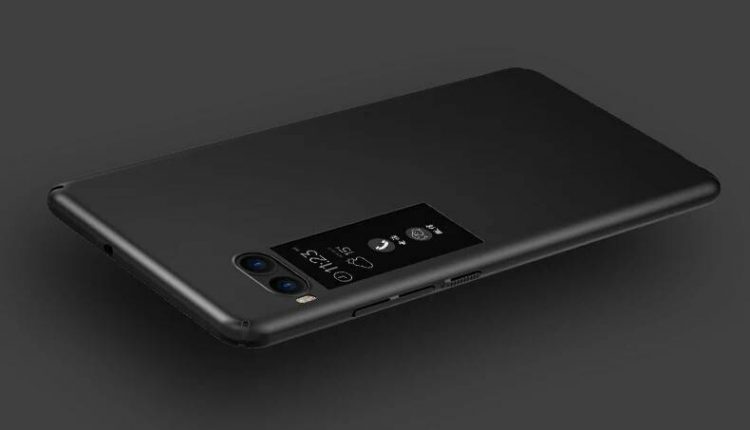 The Meizu Pro 7 could be a great breakthrough in technology. Several voices have repeatedly confirmed the presence of a second display on the back that can perform some basic functions such as time and weather indication or, as a leak from even more recent rumors, to perform a sort of mirroring function that reproduces in full the main screen. This solution, which has raised many doubts about its practical utility but which, coupled with previous rumors, makes up a very curious and intriguing scenario.

The last leak comes from the Weibo page of a well-known Chinese leaker, who has published on the well-known social network of photos that resume live dual cameras and rear display function. In the first case, the screen at the back seems to be able to run specific games but it is not known how it works: it is not clear yet whether it is actually a touch-screen display because, as assumed by hypothesis and scattered guesswork, the display may just play back the contents of the front screen in a small format. Meizu Pro 7 will have a set of dual cameras with two sensors, namely Sony IMX386 and IMX268 , the two most widely used lenses in the Chinese mid range.Even here, little or nothing is known about operating regimes: will they be equipped with a wide-angle system? Will one of them be monochrome? There are so many questions. It is speculated that the phone will be available in red, blue, gold, black and pink variants.

Are you looking forward to the Meizu Pro 7? Let us know by commenting below!